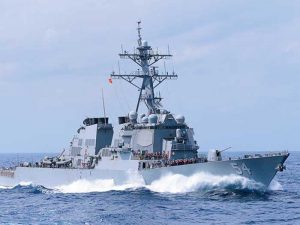 The House Subcommittee on Seapower and Projection Forces today released its proposals for the FY 2022 National Defense Authorization Act (NDAA). The subcommittee will meet tomorrow for its mark up of the 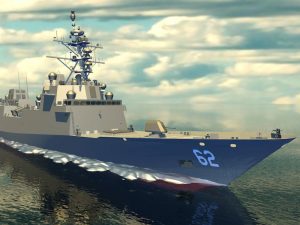 From the July issue of Marine Log magazine There’s a reason why the larger U.S. shipbuilders have government relations offices, usually staffed up with a goodly number of retired U.S. Navy admirals. 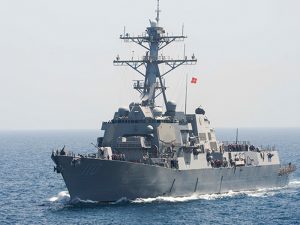 Bath Iron Works, Bath, Me., and Huntington Ingalls Industries’ Ingalls Shipbuilding, Pascagoula, Miss., have been awarded contract modifications together worth a total $194 million to fund capital expenditure projects for shipbuilder and 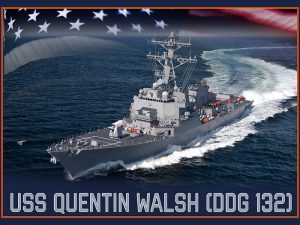 Secretary of the U.S. Navy Richard V. Spencer has announced that a future Arleigh Burke-class guided-missile destroyer, DDG 132, is to be named in honor of U.S.Coast Guard Capt. Quentin Walsh, who 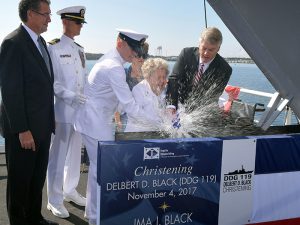 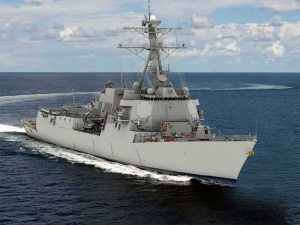 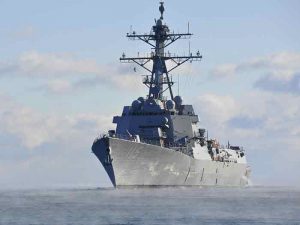 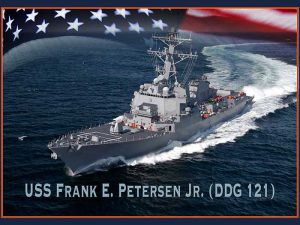 NOVEMBER 10, 2016 — In separate ceremonies yesterday Secretary of the Navy Ray Mabus announced that the name of the next America-class amphibious assault ship will be USS Bougainville (LHA 8), while 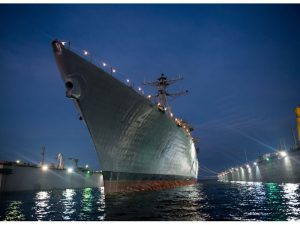 The ship was translated from the land level facility to the drydock which was slowly flooded until the ship was afloat.

“This is an exciting milestone and represents a significant amount of effort by our Navy and industry team to get the ship to this point” said Capt. Mark Vandroff, DDG 51 class program manager, Program Executive Office (PEO) Ships. “We’re looking forward to completing outfitting efforts, undergoing test and trials and delivering another highly-capable asset to our Fleet.”

“The last week of translating this quality ship across land and then launching it from our drydock is no small task, and our shipbuilders accomplished it in a very efficient manner,” said George Nungesser, Ingalls’ DDG 51 program manager. “All crafts and personnel making up this DDG shipbuilding crew have performed very well, and we were able to launch DDG 114 ahead of schedule. It’s a nice milestone to accomplish as we end the year.”

Ingalls has built and delivered 28 Arleigh Burke-class destroyers. There are currently four more under construction at Ingalls, including Ralph Johnson, which is scheduled to be christened in the spring of 2016.

John Finn (DDG 113) was christened in May and is expected to undergo sea trials in 2016. Paul Ignatius (DDG 117) celebrated her keel-authentication milestone in October and is expected to launch in the first half of 2017. Delbert D. Black (DDG 119) started construction in July and is scheduled for keel laying in the second quarter of 2016.

DDG 114 is named to honor Pfc. Ralph Henry Johnson, who was awarded the Medal of Honor for his heroic actions that saved others during the Vietnam War. Johnson shouted a warning to his fellow Marines and hurled himself on an explosive device, saving the life of one Marine and preventing the enemy from penetrating his sector of the patrol’s perimeter. Johnson died instantly. The Charleston, S.C., native had only been in Vietnam for two months and a few days when he was killed at the age of 20.