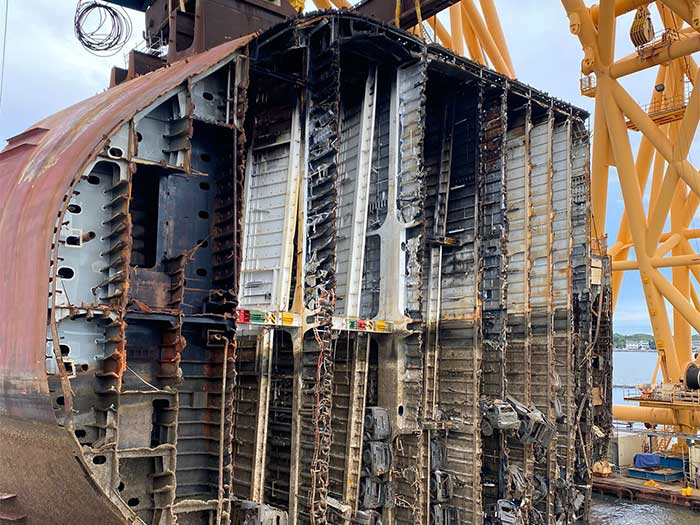 The heavy lift catamaran VB-10000, which has been cutting through the wreck with a chain between its twin gantries, will shift forward to enable weight-shedding operations on the section.

Weight-shedding is a multi-strategy approach that includes tactics such as vehicle and deck removal and using water streams to mitigate increased weight in the sections due to large accumulations of sediment.

Once weight-shedding is complete, the VB-10000 will lift Section Three onto a dry-dock barge for transit to a response facility near Mayors Point Terminal in the Port of Brunswick..

Welding technicians continue to make repairs to the side plates of the lifting lugs for Sections Four, Five and Six on the topside of the Golden Ray wreck. Response engineers will reinspect the lugs using non-destructive testing once the repairs are complete.

Shoreline survey teams continue to recover debris from a fishing vessel that wrecked near Amelia Island, Fla. on June 9, 2021. Debris from the vessel has recently increased in volume and has washed ashore on Cumberland Island, Jekyll Island and St. Simons Island shorelines.

The 150-yard safety zone around the Environmental Protection Barrier aroundthe wreck is increased to 300 yards for recreational vessels through July 4, 2021. The Unified Command (UC) advises mariners to please steer clear of the perimeter to ensure the safety of responders and the public. 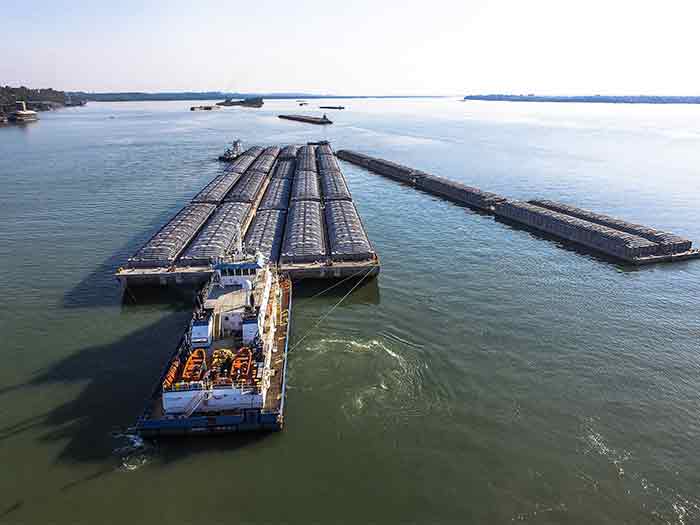 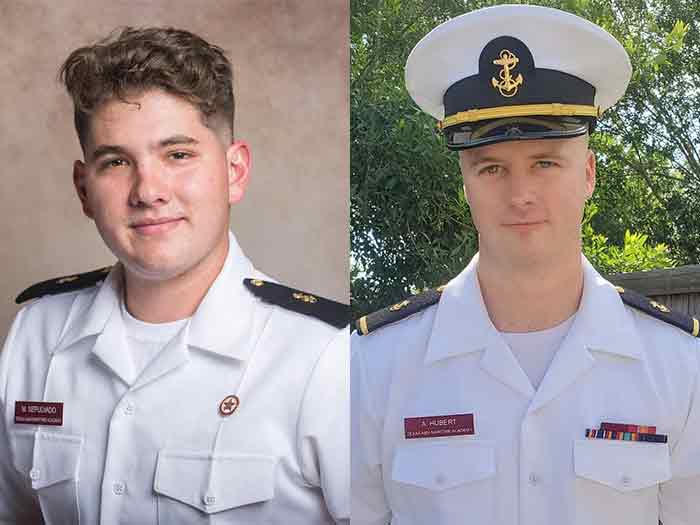 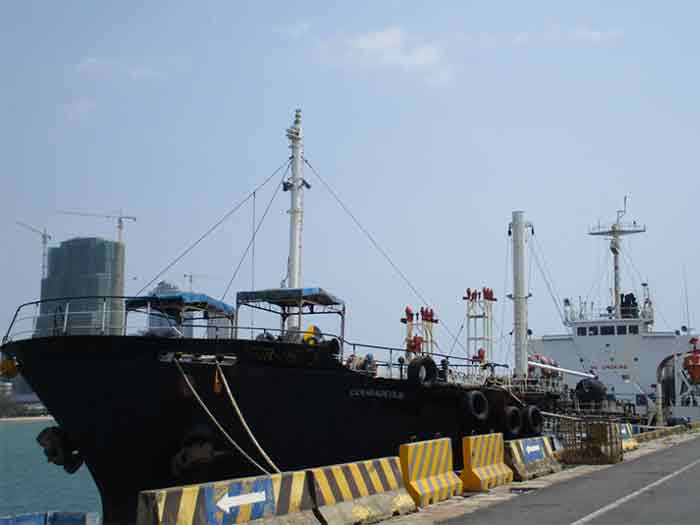 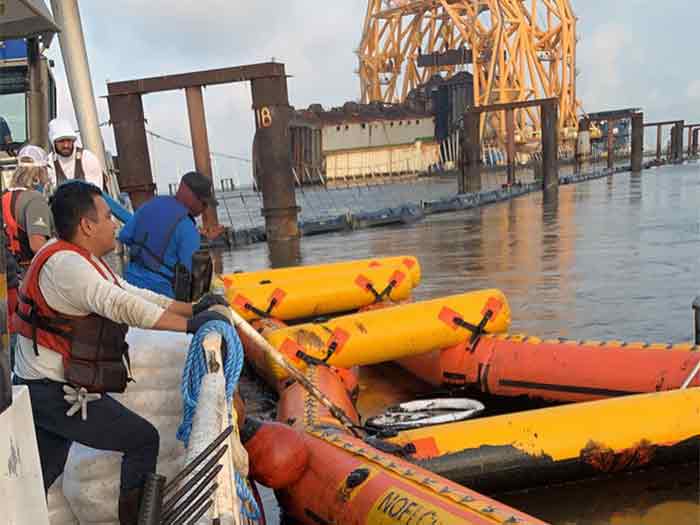 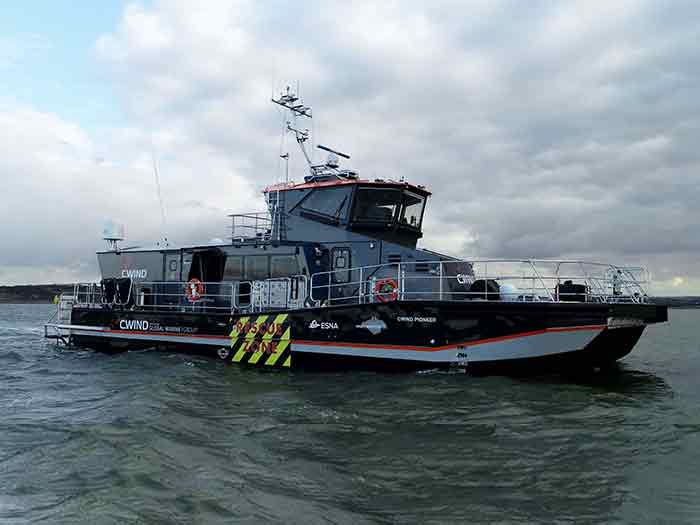