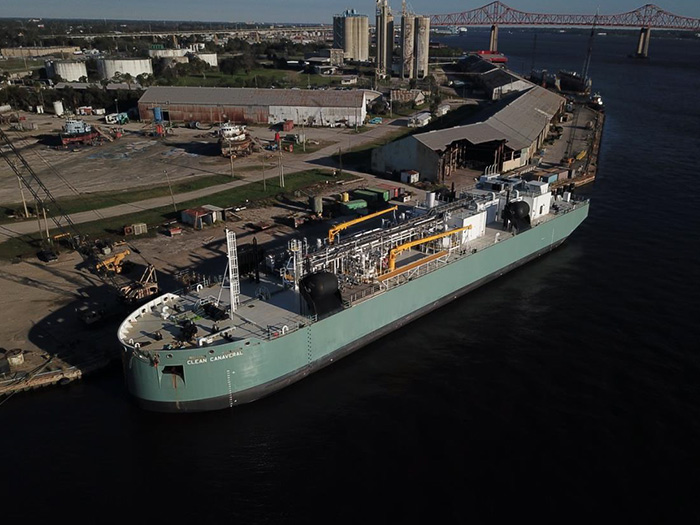 FMSNA announced in late November that it was ready to provide repair and maintenance services to military, commercial, and large private vessels on the East Coast beginning in 2022. Now, a few days into 2022, the team at FMSNA is already busy with a 340-foot commercial vessel.

That vessel is the 5,500-cubic-meter LNG bunkering barge Clean Canaveral, recently delivered to Polaris New Energy by another Fincantieri shipyard, Fincantieri Bay Shipbuilding in Sturgeon Bay, Wis. The team at Fincantieri Marine Repair will now provide testing and trials for the vessel.

According to Ryan Smith, FMSNA’s president and CEO, the response from the community to the start of operations at Commodores Point has been encouraging.

“The feedback from the community and many in the maritime industry has been encouraging and positive,” said Smith. “We are excited to get to work now for our commercial customers, but we also are investing millions of dollars in waterfront improvements, like a large U.S.-Navy approved dry dock, which will allow us to be a top-tier marine repair operation for military and government vessels as well.”

Fincantieri’s head of U.S. operations, Dario Deste, congratulated the FMSNA team and emphasized the importance of growing the sustainment effort in the U.S.

“We have a collaborative ‘system of yards’ approach with our Wisconsin shipyards to gain efficiencies and create value for our customers,” said Deste. “And in the same way, we intend to leverage our global sustainment capacity to support customers and to be a partner for the entire lifecycle of these vessels.”

“The U.S. Navy wanted additional maintenance and sustainment support for Fincantieri-built military ships homeported in nearby Mayport, and that’s what we’ve done.” added Deste. “But there are other military, government and commercial customers who need sustainment help as well, especially in the southeastern U.S.”

FMSNA plans to employ more than 300 men and women in northeast Florida over the next three years. The jobs include positions in pipefitting, shipfitting, welding, electrical, outfitting, preservation, and mechanical specializations.