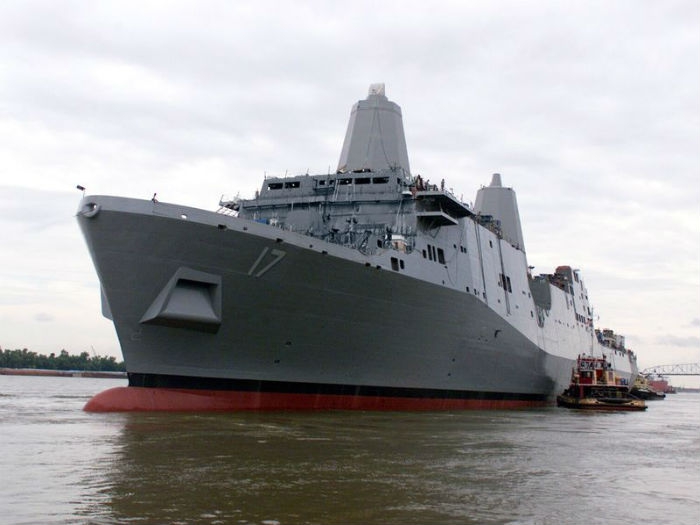 OCTOBER 5, 2018 — Avondale Shipyard, New Orleans, LA, one-time the largest private employer in Louisiana, has been sold to Avondale Marine, a joint venture between T.P. Host and Hilco Redevelopment Partners by defense contractor Huntington Ingalls Industries (HII), Newport News, VA, according to an announcement yesterday. The purchase price for the site was not disclosed, but local reports suggest that it was below $100 million.

Avondale, which built and repaired all types of navy and commercial ships over its 75-year history, will be redeveloped as a multimodal industrial park and transportation terminal. In its hayday, Avondale Shipyard employed some 26,000 workers.

“We are very proud of our legacy at Avondale and the many contributions that generations of its shipbuilders made to our national security,” said Ingalls Shipbuilding President Brian Cuccias. “Ingalls will continue to maintain a presence in Louisiana, not only at the UNO Center, but also through the many Louisiana residents who commute to Pascagoula each day to help us build the ships we produce for our nation’s defense. We are pleased that Avondale Marine plans to put the facility back into commerce and look forward to its success.”

“For generations, Avondale Shipyards has been a source of pride for the community that generated jobs and economic development,” said Adam Anderson, president and CEO of T.P. Host and principal of Avondale Marine. “Our team will unleash its potential by transforming the shipyard into a global logistics hub for intermodal commerce. As we usher in a new era for this facility, we will benefit from the strength and skill of the workforce in Jefferson Parish and Louisiana.”

Hilco Redevelopment Partners, a real estate firm based in Chicago, remediates and redevelops large-scale industrial facilities across North America, such as Tradepoint Atlantic—former site of the Bethlehem Steel shipyard in Sparrows Point, MD— and the Avondale Shipyard.

“We’re thrilled to leverage our extensive experience in redeveloping and transforming facilities that are at the end of their current useful life into modern productive businesses for the future,” said Roberto Perez, CEO of Hilco Redevelopment Partners. “We look forward to supporting our managing partners at T.P. Host in the Avondale Marine project as we build this important logistics hub in New Orleans.”

In the coming months, Avondale Marine will begin its planning process for the approximately 254-acre site in partnership with stakeholders.