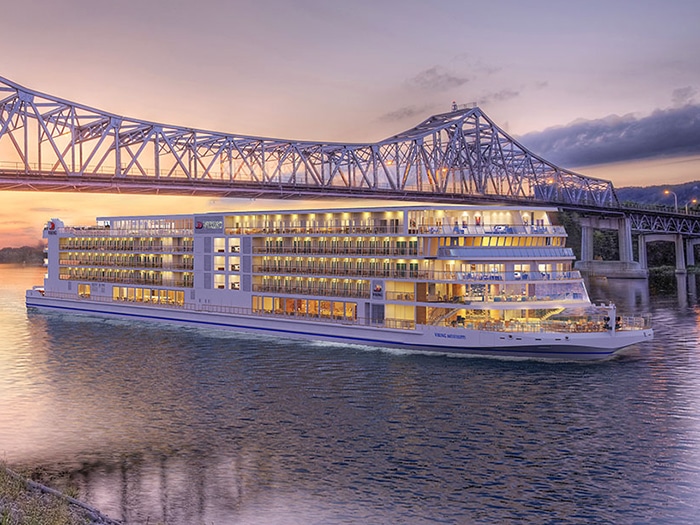 Viking Mississippi is one of 10 vessels to receive the distinction in 2022. [Image: Viking River Cruises]

In our December issue, we published our “Distinctive Deliveries” feature, recognizing a unique variety of vessels delivered in 2022. Here’s what made the list:

Evergreen Marine Corporation became the new holder of “the world’s largest containership” title with its 24,000 TEU Ever Alot, which was delivered by China’s Hudong-Zhonghua Shipbuilding (Group) Co Ltd. The containership measures 399.99 meters in length and 61.5 meters in width. It was the first of four new A-Class box ships set to join the Evergreen fleet from the shipyard. Some cynics may be pondering how many tugs and dredges it would take to move the ship should it follow the example of Ever Given and Ever Forward and get stuck somewhere inconvenient, but one thing Ever Alot required a lot of was paint. That was good news for Nippon Paint Marine. It supplied coating systems to all four of the 24,000 TEU A-Class sisterships being built at Hudong-Zonghua, with its extensive scope of supply including its A-LF Sea antifouling system.

“Master Boat Builders is committed to producing the most dependable and reliable tugs in the Maritime Industry, and we thank Polaris New Energy, LLC for giving us the opportunity to prove it,” said Garrett Rice, president of Master Boat Builders. “Polaris will be used to its full potential, helping fuel the cruise ship industry’s new LNG-powered ships when they arrive in Port Canaveral later this year.” McAllister Towing LNG Services LLC will operate the Polaris/Clean Canaveral ATB when it starts providing LNG bunkering services.

Final towboat in a series delivered to Kirby

The vessel is outfitted with three 100-inch diameter stainless-steel fixed pitch propellers, provided by Sound Propeller Systems Inc., and features a double steering rudder system. The accommodations include a total of twelve beds (11 crew, plus 1 guest), and the vessel’s design includes a floating, spring mounted superstructure for additional crew comfort.

The San Francisco Bay Area Water Emergency Transportation Authority (WETA), which operates the San Francisco Bay Ferry fleet, took delivery of the M/V Dorado in June 2022. It’s the fastest vessel in WETA’s fleet with a service speed of 36 knots and is also the first boat built for WETA that can safely dock at any of the system’s 12 ferry terminals.

The 320-passenger catamaran is the first in a series of four ordered by WETA from the Mavrik Marine shipyard in La Conner, Wash., and was designed by Australia’s One2three Naval Architects with construction management services being provided by Aurora Marine Design of San Diego. WETA plans to rotate the vessel among its routes to collect operational data and allow passengers across the ferry system to experience the boat. The vessel offers expansive outdoor passenger space to allow more riders to experience a fresh-air trip across the Bay.

“WETA is building a world class ferry system for the Bay Area and adding new vessels like M/V Dorado helps us get there,” said Jim Wunderman, Chair of the WETA Board of Directors. “This American-made ferry enhances the capacity of our fleet and provides additional flexibility for our operations, helping ensure we run the system as efficiently as possible. It also happens to be a beautiful ferry. We thank our local, state and federal partners for their investment in San Francisco Bay Ferry service.”

“We’re so grateful to our partners for helping us build out the San Francisco Bay Ferry fleet and system,” said Vice Chair Monique Moyer. “Ferry ridership is on the upswing. Our ability to serve those passengers relies on investment in new vessels and terminals and support for our highly skilled maritime labor force. M/V Dorado is another step toward building our ferry system out to its full potential while enhancing WETA’s emergency response capabilities.”

Viking River Cruises’ much-anticipated Jones Act-compliant river cruise ship Viking Mississippi embarked on its inaugural cruise and attracted much local media attention along the way when it made its debut in September 2022. Floated out from Edison Chouest Offshore’s LaShip shipyard in Houma, La., in March 2022, the 450 foot long, 75-foot beam vessel hosts 386 guests in 193 staterooms and offers multiple passenger amenities. The five-deck river cruise ship is inspired by Viking’s award-winning river and ocean ships and features a Scandinavian design, as well as public spaces that will be familiar to Viking guests but reimagined for Mississippi River voyages.

The Viking Mississippi is equipped with a variety of measures to maximize energy efficiency and emissions—including a diesel-electric propulsion system comprised of eight CAT C32 EPA Tier 4 diesel engines, each powering a 940 eKw water cooled generator; each engine/generator unit is individually mounted on a specially designed double raft isolation system that produces a remarkably quiet and smooth ride.

“The Spartan was the latest addition to Seabulk’s fleet and constitutes the first of two hybrid diesel-electric vessels commissioned from Master Boat Builders,” said Seabulk CEO Daniel Thorogood. “She is representative of their advanced workmanship and ability to deliver modern, cutting-edge marine technology. We look forward to continuing to deliver service excellence and offering our customers a more sustainable towing solution.”

“As the maritime industry continues to evolve and modernize its fleet, Master Boat Builders is proud to deliver this hybrid tugboat, which will serve as the most efficient technologically advanced tug operating in the U.S.,” said Rice. “Spartan is the latest in a series of innovative and alternative-powered work boats that we are constructing and that we will continue to deliver as demand in this market expands.”

Wärtsilä Voyage unveiled its new demonstrator and innovation vessel, Ahti, at the SMM event in Hamburg in September 2022. The former German Government fishery patrol vessel was chosen as a target for retrofit technology installations to prove what is already technologically possible for the current fleet, and to create a platform for further innovation and development. With Ahti, Wärtsilä Voyage created a seaborne environment where customers can test Wärtsilä Voyage’s own technologies, as well as its technology partners’ solutions. These trials will be conducted in changeable real-life sea conditions that can be difficult and expensive to recreate in a laboratory environment.

The creation of a floating R&D facility also helped Wärtsilä Voyage cut down the cost and time barriers associated with real-life tests, returning meaningful results on a much lower risk and cost basis than going into full-scale testing directly. Ahti also creates a resource where customers and technology partners can collaborate.

In the first half of 2022, Ahti’s bridge was upgraded with a number of products from Wärtsilä Voyage’s portfolio including NACOS Platinum, SPECS, and RS24. The demonstrator vessel has also been fitted with on-the-market partner technology products from machine vision specialist Oscar Navigation and communications specialist Drynet. Soon, further tech will be onboard, making Ahti a bridge to the highly automated, connected, situationally aware and data-enabled future for maritime that Wärtsilä Voyage is aiming to create.

“Technology designed to solve the industry’s biggest challenges must be tested in situations that come as close as possible to real life scenarios,” said Hendrik Bußhoff, head of product–autonomous systems, Wärtsilä Voyage. “However, we understand that real world testing is costly and time consuming. Trialing new equipment almost always means testing it on a customer ship which can often bring with it a lot of obligations and questions about documentation, schedules, data ownership and compliance. This is why we invested in Ahti. We now have a resource that will shorten time-to-market, enable us to fail fast and innovate quicker, and compare, and understand different technologies outside of controlled environments.”

Sean Fernback, president, Wärtsilä Voyage commented: “Ahti provides a powerful tool for testing the capabilities and benefits of a tech-enabled vessel and provides us with an environment in which we can see the future, today, on our terms.”

The Capt. Joseph Bisso brings the total number of tugs in the Bisso fleet to 12, all built by Main Iron Works. Bisso Towboat operates the largest fleet of ASD tractor tugs on the Mississippi River, with nine such vessels, and the youngest fleet of tugs on the river, with an average age of 13 years across the fleet.

Marking the latest expansion in its Endeavor range of workboats, Theodore, Ala., based Silver Ships Inc. delivered the largest marine surveying vessel in its series, the Tobin, in August 2022, The 49-foot vessel has been custom designed for the U.S. Army Corps of Engineers Venice Sub Office in Venice, La., to hydrographically map the mouth of the Mississippi River.

The mission-specific hydrographic survey vessel allows researchers to accurately and effectively obtain and document data on the rapidly changing waters in the Mississippi River. With the intent of keeping waterways open and preventing obstructions to marine navigation, Tobin is equipped to handle challenging river terrain and will conduct condition surveys of the river to further the safety of marine operations, says Jason Powers, director of business development for Silver Ships.

The vessel is powered by twin Caterpillar C18 Tier 3 engines, developing 800 hp each to reach optimal speeds resulting in the prevention of research delays, which is important considering the frequent changes in Mississippi River conditions. The single Caterpillar C2.2 Tier 3 genset provides 25 ekW of electric power for Tobin’s air conditioning, echo sounder and other electrical needs onboard.

Panama City, Fla., based Eastern Shipbuilding Group, Inc.., launched the trailing suction hopper dredge (TSHD) R.B. Weeks (ESG Hull 258) in a ceremony at its Allanton, Fla., shipyard. With a hopper capacity of 8,550 cubic yards, the 356-foot long vessel is the second trailing suction hopper dredge the shipbuilder has constructed for Cranford, N.J., headquartered Weeks Marine, Inc. It is named in honor of Richard B. Weeks, a co-founder of Weeks Marine who is married to Magdalen Weeks, the namesake of the sister vessel Magdalen (ESG 256), delivered by Eastern in 2017.

This second TSHD is set for an on-time delivery in 2023 following outfitting and trials at Eastern’s Port St. Joe Facility. “Eastern Shipbuilding Group has enjoyed a strong partnership with Weeks Marine, Inc’s. team over multiple projects, and we are proud to build another dredge vessel that will enhance our waterways and restore our coastlines,” said Joey D’Isernia, president of Eastern Shipbuilding Group, Inc.

In nearly all respects, the R.B. Weeks is identical to the Magdalen delivered by ESG in 2017. The vessel includes an electrical power, propulsion, and dredge machinery package by Royal IHC, GE (now Wabtec Marine) EPA Tier IV engines, along with several accommodation and crew comfort upgrades.

“We are excited to see the launch of our newest trailing suction hopper dredge, the R.B. Weeks, which will join her sister vessel in various dredging activities primarily aiding the U.S. Army Corp of Engineers to maintain ports, harbors, and other waterways to ensure ship navigation is possible,” said Eric Ellefsen, president, Weeks Marine, Inc. “These two vessels have an equivalent hopper size and pumping capacity, and we look forward to utilizing the R.B. Weeks, putting her to work deepening shipping lanes, nourishing beaches lost to erosion, and completing coastal restoration due to storm damage.” 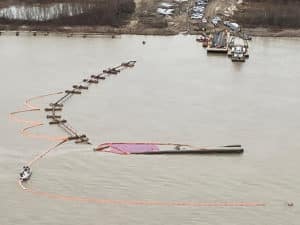 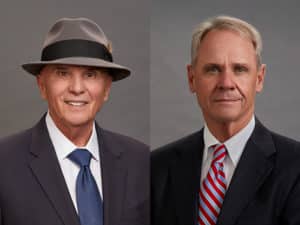 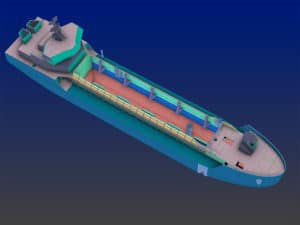 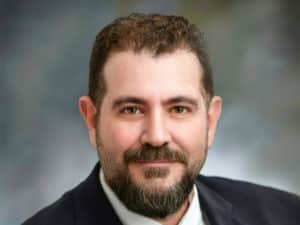 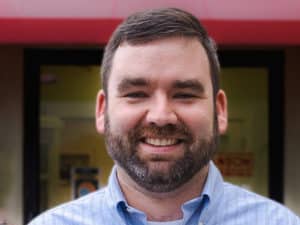