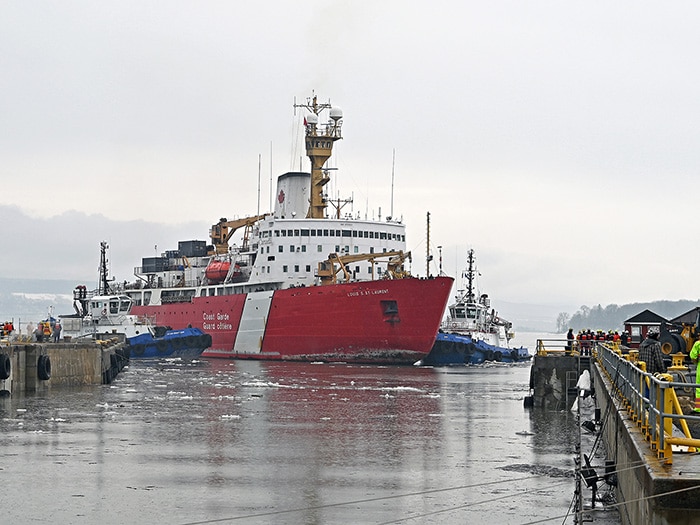 Public Services and Procurement Canada says that the Government of Canada is to begin negotiations with Chantier Davie [Davie Shipbuilding] of Lévis, Quebec, aimed at reaching an umbrella agreement that would see the yard become the third strategic shipbuilding partner under Canada’s National Shipbuilding Strategy.

The agency said that, pending successful negotiations, an agreement is expected to be in place by the end of 2022. This positions Davie to build one of two polar icebreakers plus six program icebreakers for the Canadian Coast Guard. Contracts for each project will be negotiated with the shipyard only after the signature of an umbrella agreement.

“After a rigorous process, we are proud that Canada has confirmed that our submissions were fully compliant. We commend the government for this vote of confidence in our experience, our expertise and our amazing people,’’ said James Davies, President and CEO of Davie Shipbuilding.

“This historic announcement is a testament to the hard work of everyone associated with Davie. We are now a huge step closer to delivering a new fleet of advanced, mission-critical vessels, including icebreakers, which will help protect and promote Canada’s interests in its domestic waters including the St. Lawrence, the Arctic, and beyond,” he added.