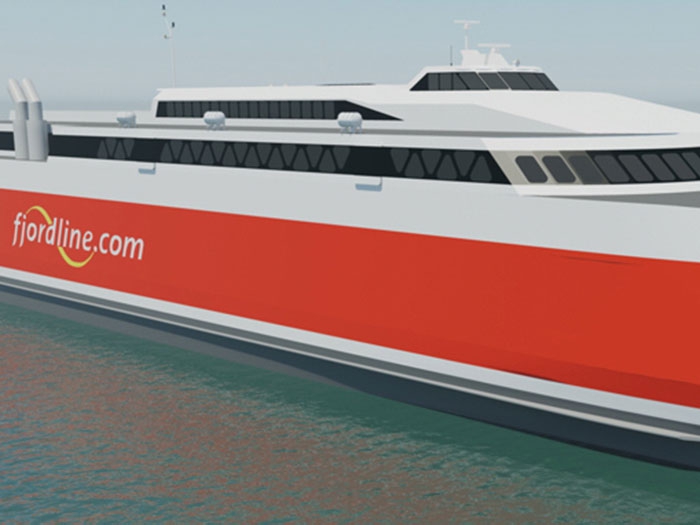 AUGUST 21, 2017 — Austal Limited (ASX:ASB) said today that it is still in discussions with Fjord Line AS on the 1,200-passenger, 400-car catamaran that the Norwegian company last week announced as ordered (see story).

“Austal is negotiating the potential sale of a 109 m RoPax catamaran to Fjord Line, however these negotiations are incomplete and any agreement is subject to fundamental conditions precedent to contract which have not yet been satisfied,” the shipbuilder says in a stock exchange announcement. “If these conditions are satisfied, the contract will be valued at over A$100 million [about US$80 million). The vessel would be the eighth large (greater than 100 m long) high speed RoPax ferry produced for international operators at Austal’s Henderson shipyard since 2001. Design and construction of the vessel, which shares many features with the 109 m catamaran currently under construction for Mols Linien in Denmark, would commence immediately upon resolution of contractual arrangements.”

Austal says it will “provide a further update once negotiations are complete and if the conditions precedent are fulfilled.”