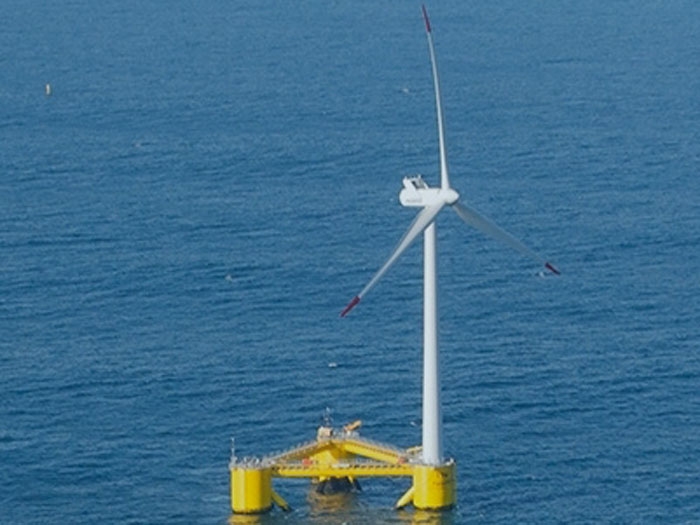 The agency has completed an initial review of an unsolicited lease request from Trident Winds, LLC (Trident Winds) for a floating wind energy project offshore Morro Bay, CA, deemed the request complete, and will soon issue a Federal Register Notice to determine if there is competitive interest in the area.

“Today’s announcement marks an important step in facilitating the responsible development of clean offshore energy to power homes and businesses in the Golden State,” said BOEM Director Abigail Ross Hopper. “BOEM will work closely with the state of California, industry and a broad range of stakeholders to ensure that our leasing process is conducted in a thoughtful, engaged, and transparent manner.”

As part of its review, BOEM confirmed that Trident Winds is legally, technically, and financially qualified to hold an offshore wind energy lease in federal waters. BOEM’s receipt of an unsolicited lease request is the first step in a leasing process that will include environmental analysis and extensive stakeholder engagement.

The Trident Winds request, received on January 14, 2016, is the first formal interest in obtaining a lease for wind development in federal waters off California.The proposed a project would generate up to 800 megawatts (MW) of power using about 100 floating foundations, each supporting a turbine that could produce up to 8 MW. A single seafloor transmission cable would bring the electricity to shore. The proposal may be expanded to generate 1,000 MW at a later date, if additional transmission capacity and market off-take can be obtained.

Floating turbine platforms anchored to the seafloor, as proposed by Trident Winds, offer an alternate technology for generating wind power in the deeper waters off the Pacific coast.

Trident Winds notes that Siemens and MHI-Vestas have commercially available 7 MW and 8 MW offshore wind turbine generators (OWTG)s, respectively and that two floating support structures, Statoil’s Hywind and Principle Power’s WindFloat, are expected to be available for commercial use at the time of the project construction, now estimated to be in the 2022 time-frame.

Trident Winds says that either the Hywind or the WindFloat floating support structure is suitable for the deployment in the Morro Bay Project.

“As California moves forward to meet 50 percent of the state’s energy needs with clean, renewable energy by 2030, wind power will play an important role,” said Commissioner David Hochschild of the California Energy Commission. “This offshore wind project proposal, the first of its kind, marks another important milestone.”

The next step in BOEM’s process is to publish a Federal Register Notice to determine if there is competitive interest in the area requested. The Notice also requests the public and interested stakeholders to comment and provide information on site conditions, commercial, military or other uses of the area and potential impacts of the proposed Trident Winds project. BOEM expects to issue the Notice this summer.

BOEM will use the information and expressions of interest received during the comment period to determine whether there is competitive interest in the area. If BOEM determines there is competitive interest, it will initiate the competitive leasing process. If no expressions of interest are received, BOEM will proceed with the noncompetitive leasing process. BOEM will also use responses to the Notice to inform decision-making about the proposed project and to identify potential issues for National Environmental Policy Act analysis.

A copy of Trident Winds unsolicited lease request and additional information on the BOEM wind energy leasing process, can be viewed HERE