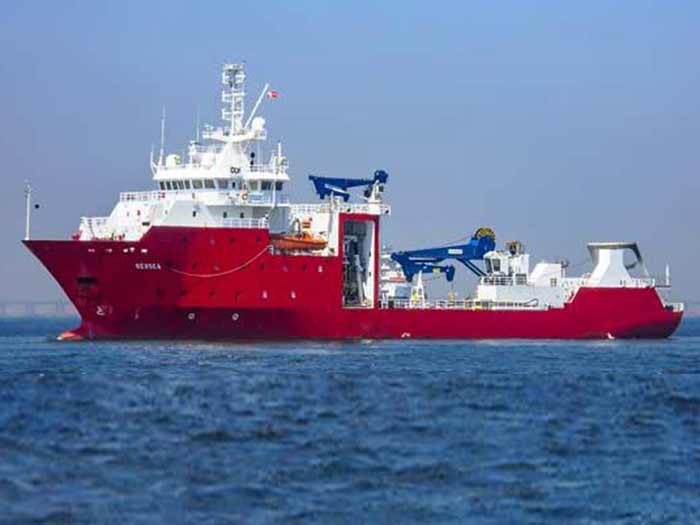 Atlantic Shores Offshore Wind, LLC is a 50/50 partnership between Shell New Energies US LLC and EDF Renewables North America. The joint venture was formed in December 2018 to co-develop a 183,353 acre lease area located approximately 8-20 miles off the New Jersey coast between Atlantic City and Barnegat Light.

The survey vessel Geosea will be utilized to characterize the seabed, collect samples and determine placement of data collection buoys, which will be deployed later this year to help measure wind, ocean and weather conditions.

The Atlantic Shores team held a tour of the 300-foot Geosea to coincide with the launch, showcasing thd state-of-the-art capabilities aboard the Bahamas-flagged ship, which is owned by Norway’s DOF Subsea

Coinciding with the launch of survey operations, Atlantic Shores also announces Kevin Wark as its Fisheries Liaison Officer to help communicate and collaborate with recreational and commercial fishinginterests as the project progresses.

“Kevin has hands-on knowledge of the maritime community in New Jersey, where he has been a resident his entire life and a fisherman for nearly 40 years,” said Doug Copeland Development Manager of Atlantic Shores. “The trust he has developed locally will be invaluable in fostering open communication and collaboration with these industries as we plan an Atlantic Shores offshore wind farm that works best for New Jersey.”