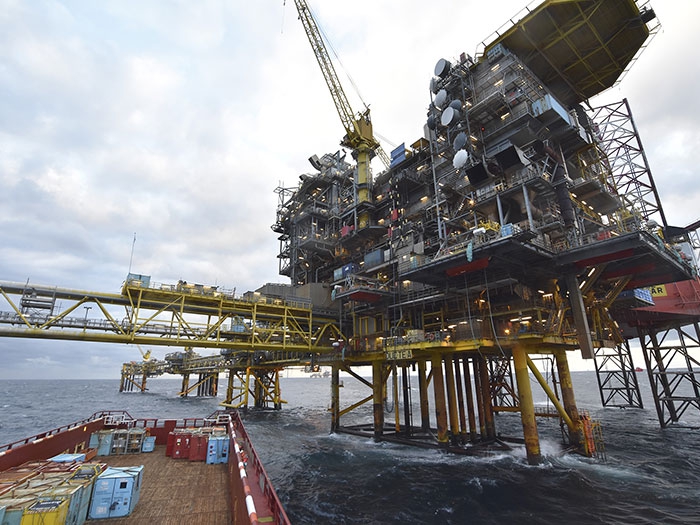 A.P. Moller – Maersk says that, with the agreement, it is taking a material step forward in its strategy to separate out its oil and oil related activities to create an integrated transport & logistics company, and this transaction will contribute significantly to upholding its strong capital structure.

“In determining the best future ownership structure for Maersk Oil, it has been imperative for us that the capabilities and assets created in Maersk Oil continue to be developed, and that long-term investments are upheld, especially in the Danish part of the North Sea,” says Søren Skou, CEO of A.P. Moller – Maersk. “The valuation of Maersk Oil and Total’s commitment is a testament to the quality and standing of Maersk Oil. In addition, the agreement will strengthen the financial flexibility of A.P. Moller – Maersk and free up resources to focus our future growth on container shipping, ports and logistics.”

Denmark will become the regional hub for all Total’s operations in Denmark, Norway and the Netherlands, based on Maersk Oil’s capabilities and strong position in the North Sea region.

Commenting on the transaction, Patrick Pouyanne, Total Chairman and CEO said, “This transaction delivers an exceptional opportunity for Total to acquire, via an equity transaction, a company with high quality assets which are an excellent fit with many of Total’s core regions. The combination of Maersk Oil’s North Western Europe businesses with our existing portfolio will position Total as the second operator in the North Sea with strong production profiles in UK, Norway and Denmark, thus increasing exposure to conventional assets in OECD countries. Internationally, in the US Gulf of Mexico, Algeria, East Africa, Kazakhstan and Angola there is an excellent fit between Total and Maersk Oil’s businesses allowing for value accretion through commercial, operating and financial synergies.

“We are also very pleased that we will have a new anchor point in Denmark which will host our North Sea Business Unit and supervise our operations in Denmark, Norway and the Netherlands. We intend to build on the strong operational and technical competencies of the Maersk Oil teams in the same way we managed to do it in Belgium with the teams of Petrofina in the refining & chemical businesses.”