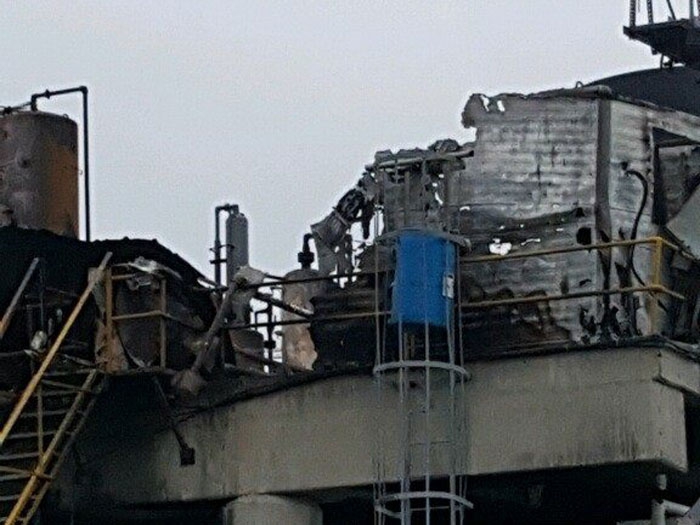 Detail of damage to platform, following explosion that injured seven and left one missing

OCTOBER 16, 2017— The City of Kenner (Louisiana) reported on its Facebook page that at least seven people were injured and another is missing in an explosion on a natural gas platform on Lake Pontchartrain on October 15. Three of the injured are in critical condition today, city officials said during a news conference this morning, and the other four have been discharged from the hospital.

“I am currently glad to report no injuries and no structural damage in the city,” said Kenner Mayor Ben Zahn. “We are appreciative to everyone who called to report the explosion, and I want to thank both the Kenner Fire Department and the Kenner Police Department for reacting so quickly to this incident.”

The mayor said the explosion occurred in unincorporated waters in the lake— outside of Kenner city limits—giving Jefferson Parish officials incident command responsibilities.

NOLA.com reported that the rig is in production and owned by Clovelly Oil Co.