Dubai-based marine geophysical specialist Polarcus Limited (OAX: PLCS) says that it has signed a term sheet for a bank facility of $410 million with DnB NOR Bank ASA and DVB Bank SE, Nordic Branch, together with Garanti-instituttet for Eksportkreditt (GIEK) and Eksportfinans ASA (the “Fleet Bank Facility”). The Fleet Bank Facility is offered at attractive terms and significantly improves the company’s financial position and flexibility going forward, says Polarcus.

Polarcus operates a fleet of high performance 3D seismic vessels featuring the Ulstein X-bow design andt he Fleet Bank Facility will be drawn down in five tranches and used to refinance existing debt related to the vessels POLARCUS ALIMA, POLARCUS ASIMA and POLARCUS SAMUR, and to finance the newbuildings POLARCUS AMANI and POLARCUS ADIRA. The two newbuildings are currently under construction at shipbuilder Ulstein Verft and are expected to be delivered in the first and second quarters of 2012 respectively.

As part of the Fleet Bank Facility, Polarcus will take advantage of $260 million proposals from Eksportfinans ASA for long term financing of POLARCUS AMANI and POLARCUS ADIRA, as announced on November18, 2010, at a fixed interest rate of 2.85% in addition to 2.75% guarantee commission to GIEK and the commercial banks. After the Fleet Bank Facility is drawn down the total average interest rate for the entire Polarcus debt will be less than 7.5%.

The Fleet Bank Facility will be subject to customary covenants, including minimum liquidity reserve ($25 million), minimum equity ratio (25% equity to total assets), minimum working capital ($22 million) and a lock up clause for sales of shares currently belonging to the Zickerman family. The Fleet Bank Facility is subject to final documentation, expected to be completed before the end of August 2011.

Furthermore, the funding of POLARCUS SAMUR will also be refinanced through the Fleet Bank Facility and the company therefore expects to call the Polarcus Ltd 08/13 13.0% $ 55 million first lien bond issue (ISIN: NO0010445935) within Q2/Q3 2012.

Polarcus says it considers the Fleet Bank Facility to represent an attractive proposition to all stakeholders as the refinancing risk is reduced with an improved maturity profile in addition to a lowered overall interest expense rate for the company. 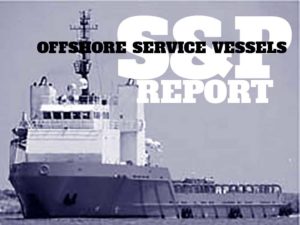