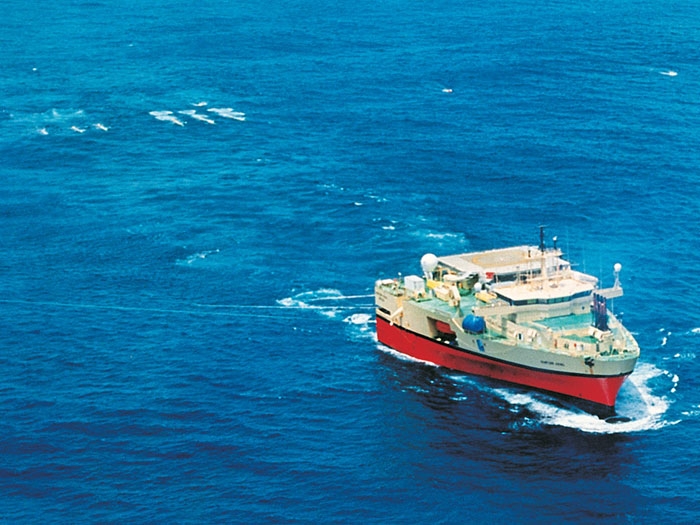 SEPTEMBER 2, 2015 — Seismic vessel operator Petroleum Geo Services says that “to further reduce cost and capital expenditures, and to improve utilization,” it has decided to cold-stack its 1998-built Ramform Viking after it completes a multiclient project offshore East Newfoundland in late October this year.

The vessel was originally scheduled for a shipyard stay and classing in first quarter 2016, which will be deferred.
In-sea equipment from the Ramform Viking will be used on vessels in operation, reducing the company’s capital expenditures related to maintenance in 2016 by approximately $50 million.

Ramform Viking will be the third PGS Ramform vessel to be cold stacked. PGS announced earlier that the 1995-built Ramform Explorer and 1996 built Ramform Challenger are to be cold-stacked after end of the North Europe acquisition season this year.

PGS says that cold-stacking of the three Ramform vessels will reduce quarterly cash costs by approximately $25-30 million, with full effect from first quarter 2016.