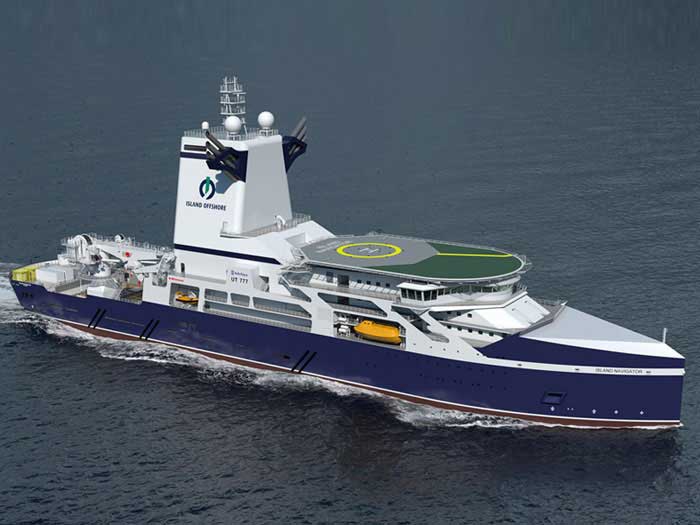 JUNE 29, 2017 — Contrary to our earlier report, Kawasaki Heavy Industries has not canceled the offshore vessel order placed in 2014 by Island Offshore, in which the Chouest and Ulstein families are partners.

“Kawasaki holds a shipbuilding contract for a high-end offshore service vessel with a subsidiary of Island Offshore Shipholding LP (Island Offshore), one of the major companies in Norway that offers a range of complex services to the world-wide offshore industry.

“Currently, many of the offshore players are suffering from a downturn of the offshore market arising from the stagnation of oil prices. As a consequence of this, Island Offshore has announced that they have initiated negotiations with their finance providers for a Standstill and Deferral Agreement, and in the course of such negotiation they decided in November 2016 to temporarily halt all payments of amortization to their secured finance providers. The target closing date for the negotiations is June 30, 2017. In the meantime, Island Offshore is operating normally in all other respects.

“Kawasaki will continue to pay close attention to any developments, and make further announcements when any significant changes are observed.”