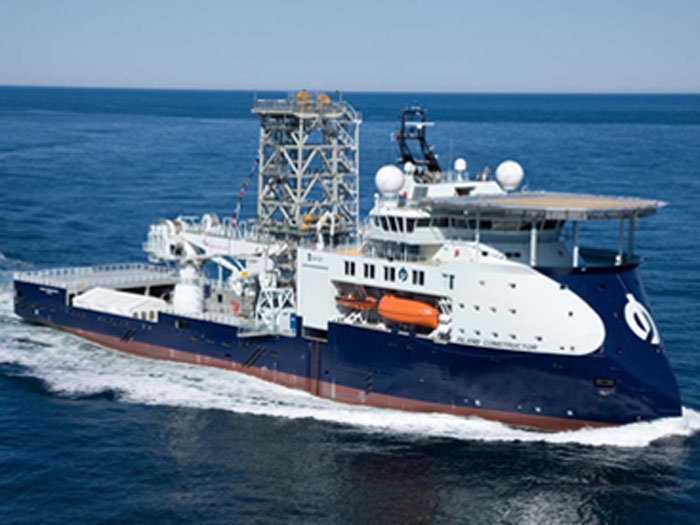 APRIL 7, 2016 — Ulsteinvik, Norway, headquartered Island Offshore — in which the Ulstein and Chouest families are partners — says that its two vessels, Island Valiant and Island Constructor have secured work at the Draugen oilfield for A/S Norske Shell.

Island Valiant will start with IMR-work (Inspection, Maintenance and Repair) on three wells in April, preparing the wells for work which Island Constructor will perform later this summer. The time frame for this task is about two weeks.

The Island Constructor is assigned three jobs with different durations, starting in the early summer with Light Well Intervention (LWI) and scale squeeze on two wells at Draugen. In August/September the vessel will return for two more jobs involving LWI and IMR work.
In total these contracts are worth about NOK 100 million (about $12 million) to Island Offshore.

“These contracts are very welcome after a challenging winter with our LWI vessels being laid up for the season. It is very gratifying to see our crews and our vessels mobilizing and returning back to work after the winter,” says Island Offshore Managing Director Håvard Ulstein.