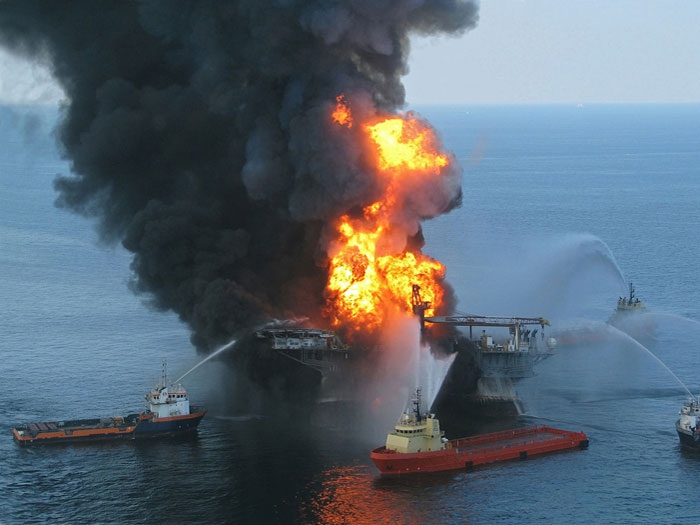 JULY 25, 2016—“If you drill and you spill, then you must pay the bill,” is how Senator Bob Menendez (D-NJ) summarized his “Big Oil Bailout Prevention Legislation Package” that he introduced last month. Co-sponsored with Senator Cory Booker (D-NJ), the legislation would remove the liability cap for economic damages caused by offshore oil spills and eliminate the $1 billion per-incident cap on claims against the Oil Spill Liability Trust Fund.

S. 3163, “Big Oil Bailout Prevention Trust Fund Act of 2016,” would amend Section 9509 of the Internal Revenue Code of 1986 and Section 1012 of the Oil Pollution Act of 1990. The result would be the elimination of the $1 billion per incident cap on claims against the Oil Spill Liability Trust Fund, as well as the $500 million cap on Trust Fund monies used for natural resource damages.

Under S. 3165, “Big Oil Bailout Prevention Unlimited Liability Act of 2016,” the liability limits for oil spills for offshore facilities would be removed. The liability cap for economic damages is currently $134 million. This means that a company found responsible for a spill does not have to pay more than $134 million for economic damages, such as lost business revenues from fishing or tourism or lost tax revenues of state and local governments. When gross negligence is found on the part of the responsible party, there is no limit on the amount of economic damages that are imposed as was the case in the Deepwater Horizon disaster. Current law requires an oil company responsible for a spill to pay for all costs—without limit—related to mitigating or cleaning up the spill including the use of booms, cleaning up spills, rehabilitating wildlife, and skimming for oil.

In the event that damage claims from a spill exceed the amount in the Oil Spill Liability Trust Fund, the legislation allows the U.S. Treasury to temporarily refill the fund and be repaid with interest once it is replenished.  The Oil Spill Liability Trust Fund was established to provide quick relief for victims of an oil spill, to provide immediate funds to respond to a spill and help pay for damages after a company hits its $134 million liability cap. It is funded by an 8 cent tax on every barrel of oil produced or imported into the United States.  However, there is a $1 billion per incident cap, which be eliminated under this legislation, on payouts from the fund.

“It is fundamentally wrong for American taxpayers and local communities to pay for the mistakes of large oil companies, who take advantage of government bailouts to avoid accountability, and bear the burden of cleaning up the environmental disasters they’ve caused,” said Senator Menendez. “By removing the arbitrary cap on big oil companies’ liabilities, we can ensure those companies do the right thing by the American people when accidents happen.”

“We need to ensure that oil companies, not American taxpayers, are the ones held fully responsible for any oil spill offshore,” said Sen. Markey.