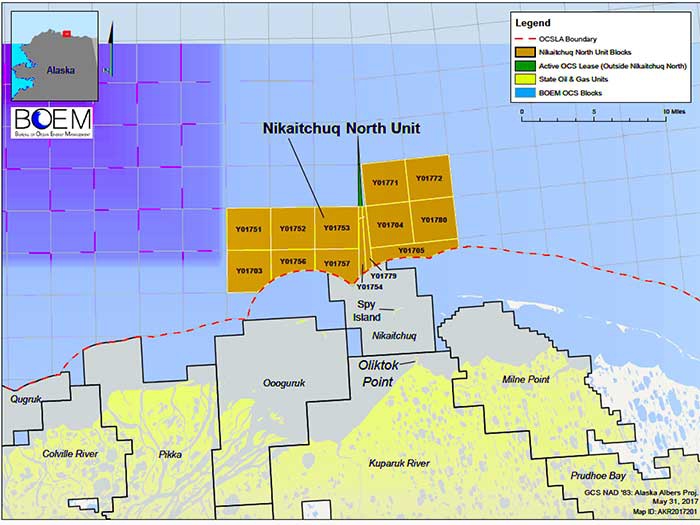 In its plan, Eni describes its intent to drill four exploration wells into the federal submerged lands of the Beaufort Sea from its Spy Island Drillsite, a pre-existing facility located in Alaska state waters. Drilling will be conducted during the winter months only. The drilling is scheduled to begin in December 2017.

Spy Island is one of four oil- and gas-producing artificial islands in the waters of the Beaufort Sea. The others are Northstar Island, Endicott Island, and Oooguruk Island. The construction of a fifth island, as proposed in a DPP submitted to BOEM by Hilcorp Alaska LLC, is under review by federal agencies.

“Eni brought to us a solid, well-considered plan,” said BOEM’s acting director, Walter Cruickshank. “We know there are vast oil and gas resources under the Beaufort Sea, and we look forward to working with Eni in their efforts to tap into this energy potential.”