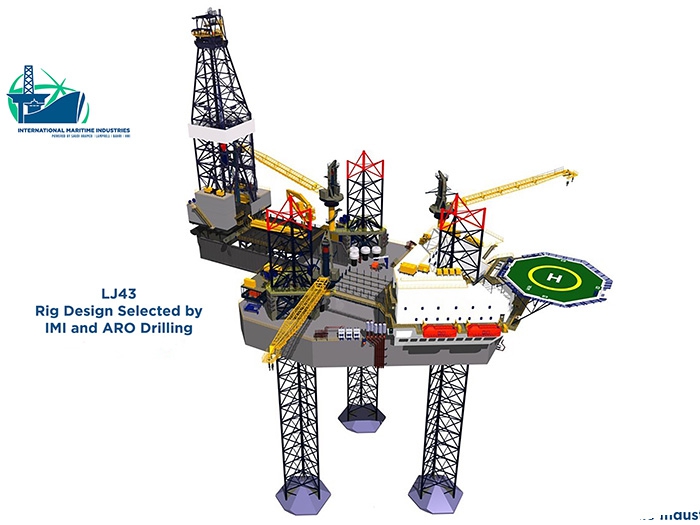 ARO Drilling has announced plans to build 20 rigs over the next ten years at the new IMI Maritime shipyard at Ras Al-Khair, Saudi Arabia. It is anticipated that engineering, procurement and construction of the first rig will begin in July 2018.

Lamprell said today that the construction process at the shipyard site is under way with dredging and associated activities in progress. Prior to the jackup rig construction zone of the shipyard becoming operational, significant component parts of the first two rigs are expected to be subcontracted to Lamprell’s UAE facilities.

Kelly McHenry, CEO of ARO Drilling, stated “We are very excited about the potential for these rigs given our expectation for continued oil and gas growth and development in the Kingdom and with Saudi Aramco. The LJ43 enables highly efficient drilling through new technology, including the X-Y cantilever which has a new innovative blowout preventer handling system and enhanced skidding capabilities.”
“