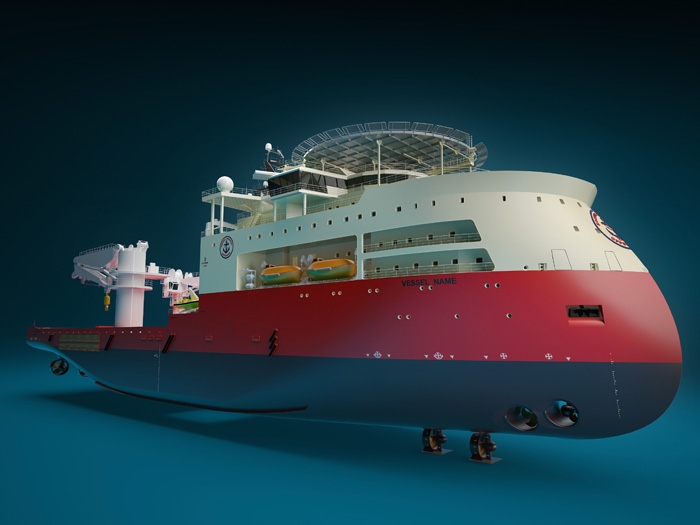 One of two Ulstein SX165 offshore construction vessels will be built in Norway, the other at Chouest's LaShip yard

MAY 19, 2013 — ABB has won contracts worth in excess of $20 million to supply electrical power and propulsion systems for two next generation offshore vessels —and looks set to soon book a third.

The first vessel is the Ulstein SX165 design offshore construction vessel being constructed at Ulstein Verft in Norway for the Island Ventures II joint venture between Edison Chouest Offshore and Island Offshore. At 28 m wide and 145.7 m long, and with accommodations for 200 people, the SX165 will be the largest vessel constructed by Ulstein Verft and is due for delivery in third quarter 2015. It has two cranes that can lift 400 tons and 140 tons respectively and has three separate engine rooms to provide extreme operational reliability.

There is, of course, a twin vessel that will be built at Edison Chouest’s LaShip shipyard in Houma, LA, so presumably ABB is in line to supply a package for that ship, too.

For the ship being built in Norway, ABB is to supply an advanced complete power and diesel electric system package comprising medium voltage generators, switchboards, transformers, frequency converters and motors.

ABB’s advanced power system is capable of achieving the requirements needed to run the system in closed ring in DP3.

“ABB’s advanced power system and remote diagnostic system will maximize the operational flexibility and safety.” said Heikki Soljama, head of ABB’s Business Unit Marine and Cranes. “We look forward to cooperating in the projects and to delivering high quality services to these pioneering new ships.”