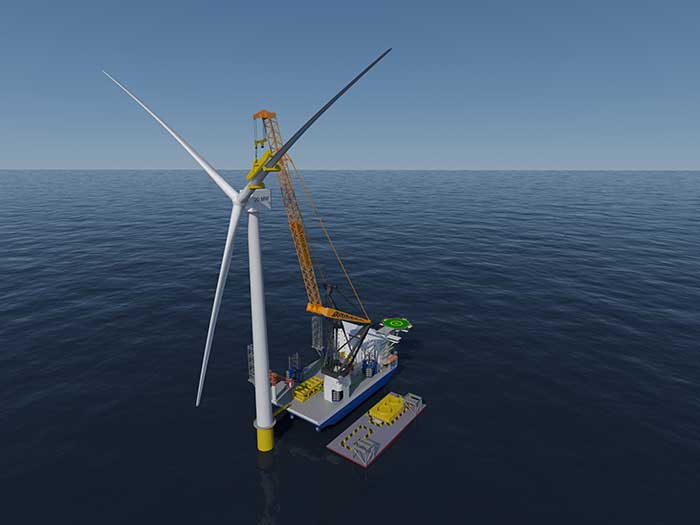 Called NewWindShape, it is not based on the use of a large conventional WTIV (wind turbine installation vessel) designed to transport turbine components as well as install them. Instead, the turbines are installed using a relatively small F&G designed jack-up, fitted with a Tetrahedron leg-encircling crane.

Turbine components are brought to the jack-up using standard ocean barges as feeder vessels and, as in other feedering based systems, the jack-up does not need to be Jones Act compliant.

A key component of the system is the Tetrahedron model 65 crane. Able to achieves lifting heights of 200 meters above the still water level and with a 20 MW turbine installation capability, the crane has a tetrahedron shape. This shape allows the crane to take the increased side loads often seen with afloat load transfers.