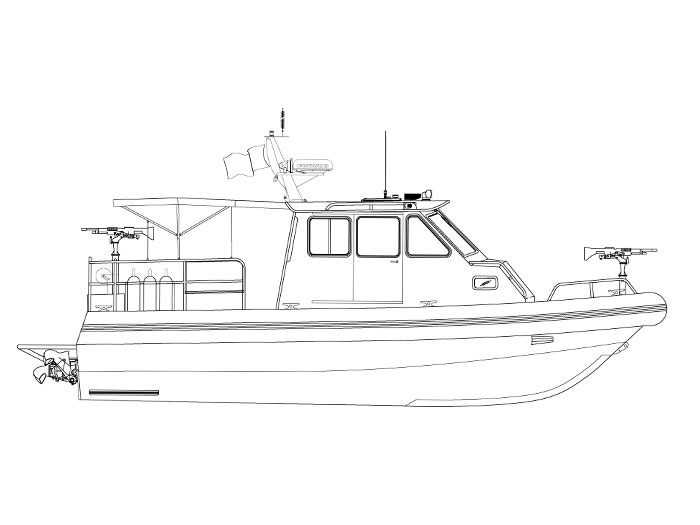 This contract marks the third time Willard Marine has been chosen to provide military vessels to the Philippines. Willard has also developed boats recently for international military use by the Navy of Ukraine and the Nepalese Army.

Willard Marine will provide the Philippine National Police Maritime Group with aluminum, 30-foot patrol boats with twin 480-hp engines and dual water jets, as well as 34-foot patrol boats with 600-hp engines and dual water jets. To increase crew comfort and safety, the cabins will feature shock- mitigating seats, heating and air conditioning.  Gun posts will be positioned forward and aft, and the boats will  have a 40oz. polyurethane foam collar.

The customized patrol craft for the Philippines is derived from a former SeaArk Marine boat design that Willard Marine acquired the licensing rights to last year.

“For 35 years, Willard Marine has built strong, dependable vessels for American and international military agencies around the world” said Ulrich Gottschling, president of Willard Marine. “We are confident that the Philippine National Police will get tremendous use of their new Willard patrol boats for many years, and we hope to provide them with additional vessels as their mission requirements grow and evolve over time.”

Based in California with facilities in Maryland and Virginia, Willard Marine is ISO 9001:2008 certified and the sole U.S. manufacturer of SOLAS rescue boats.