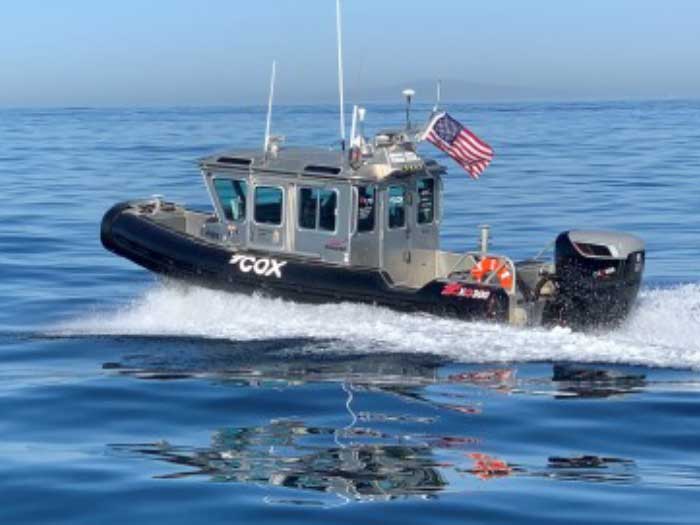 Bosun’s Locker, the Cox Powertrain distributor for western North America,T has been offering the chance to experience the CXO300 on the water at destinations across the West Coast including Bellingham, Seattle, Portland, Sacramento, San Francisco Bay area, Greater Los Angeles area, and San Diego.

“We’ve given boat builders, dealers and their customers – including both recreational, state and local agencies – the chance to take a ride and experience the CXO300 on the water,” says Sales Director Lance Henrichsen. “They have shown great excitement that the CXO300 will be filling a need in the market and commented on its impressive torque and responsiveness, remarkable smoothness, low vibration, lack of smoke at start up and barely perceptible turbo noise.”

Henrichsen adds that it was noticeable that there were no ranges where the CXO300’s vibration was more pronounced and those experiencing the trials had remarked the engine was so quiet it was possible to hold a regular conversation next to it while at cruising speed or even wide open.

Production of the CXO300 is imminent at Cox Powertrain’s production facility in the U.K. The engine has been developed over the last decade by Cox’s in-house engineers and is the only diesel outboard to have been created from a blank piece of paper, specifically for marine application.