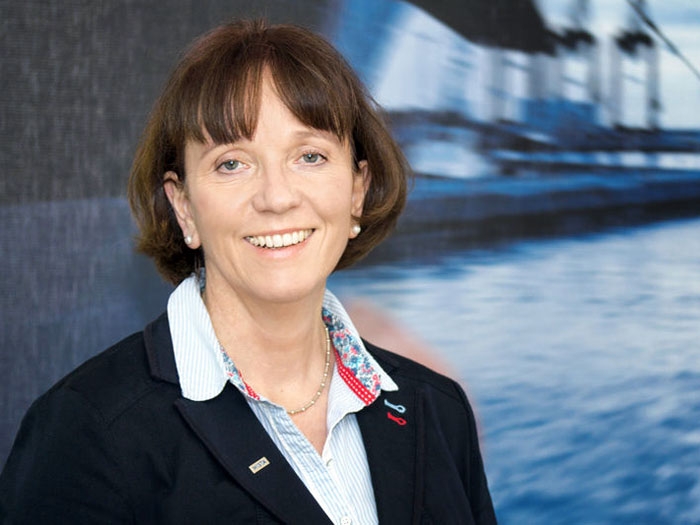 FEBRUARY 29, 2016—The more women a company employs in middle and senior management, the better its earnings, according to a study published this month by the Peterson Institute for International Economics. The Peterson Institute says that they found that going from having no women in corporate leadership (the CEO, the board, and other C-suite positions) to a 30 percent female share is associated with a one-percentage-point increase in net margin—which translates to a 15 percent increase in profitability for a typical firm.

The study is based on responses by nearly 22,000 companies in 91 countries.

The Maritime Career Market at the maritime industry’s largest trade fair SMM 2016 in Hamburg, Germany, on September 9, will shine the spotlight on career opportunities for women. Shipbuilding companies, equipment suppliers and port companies are feeling the demographic change and desperately seeking skilled workers, executives and young talents—and that is precisely where women come in. The Federal Ministry of Transport and Digital Infrastructure (BMVI) has recognized the importance of this subject and set a clear signal – the recently adopted National Ports Concept explicitly recognizes as an ongoing task the need to “increase the percentage of women employed at ports.”

The Maritime Career Market is intended to help women in their vocational development – it is a very good sign that this subject is being addressed at an industry fair which is more aimed at technical matters,” says Dagmar Klenk, President of WISTA Germany. Women’s International Shipping & Trading Association (WISTA) has been engaged for more than 40 years in women’s international networking in the maritime industries. If it goes well, she adds, the Maritime Career Market could become a fantastic cooperation opportunity for the women and companies concerned.

WISTA has played a part at SMM for many years, holding an evening reception for its international members attending SMM as exhibitors or trade visitors. A special highlight is planned again this year – WISTA Germany will present the “Personality of the Year 2016” award at SMM. “Our aim with this award is to highlight female personalities who have an exemplary function in career and commitment in the maritime industries,” says Dagmar Klenk, President of WISTA Germany, who works in the management of a Hamburg shipping company. “We made a deliberate choice to present this award at the leading global fair SMM to increase awareness of our network in this prestigious setting.”