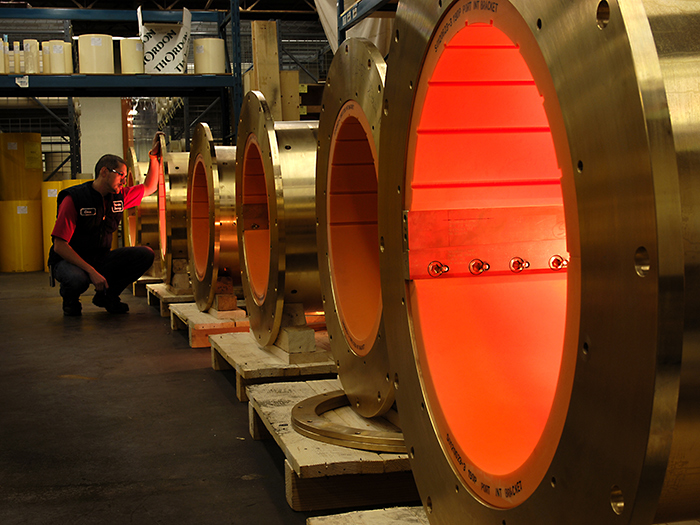 COMPAC has been fitted in six Viking cruise ships

The 930-passenger Viking Jupiter, delivered earlier this month by Fincantieri’s Ancona, Italy shipyard, is the sixth cruise ship delivered by the shipbuilder to Viking Cruise. It is also the sixth in the series to delivered with a Thordon Bearings’ seawater-lubricated propeller shaft system. It is the sixth Viking cruise ship to be fitted out with the COMPAC bearing arrangement.

Viking Cruises stresses, the environmental friendliness of its ships.

“From the outset, when we first entered the cruise market four years ago with Viking Star, we opted for water lubricated propulsion as a cost-effective means of reducing the impact of our operations on the marine environment,” said Richard Goodwin, Viking’s Vice President, Engineering. “The COMPAC system has proven itself both commercially and operationally and we look forward to working with Thordon on future projects.”

Two 930 passenger-capacity sisterships, Viking Tellus and Viking Venus, currently undergoing construction at Fincantieri and slated for delivery in 2021, have also been specified with the pollution-free Thordon system. Further newbuilds of the same class have also been ordered for delivery between 2022 and 2027, though supply contracts have yet to be finalized. Four more yet-to-be-named ships are scheduled to launch by 2023.

Thordon Bearings’ President and CEO, Terry McGowan, added: “We congratulate Viking Cruises and Fincantieri on the successful and timely delivery of the sixth vessel in this class, a series of ships that have proven immensely popular with passengers and crew. We are delighted that both owner and builder continue to support the use of COMPAC water lubricated propulsion.”

Being lubricated by seawater and the Thordon system does not require an aft seal, reducing in-service maintenance costs.

“When Viking started working with Fincantieri on these vessels, the shipbuilder recommended the Thordon solution at the design stage due to the excellent performance of the installations on the Disney Magic and Princess Cruise Lines’ Grand Princess. For every new project where a conventional propulsion arrangement is selected, we work with both builder and owner to design and engineer the optimum bearing solution.”