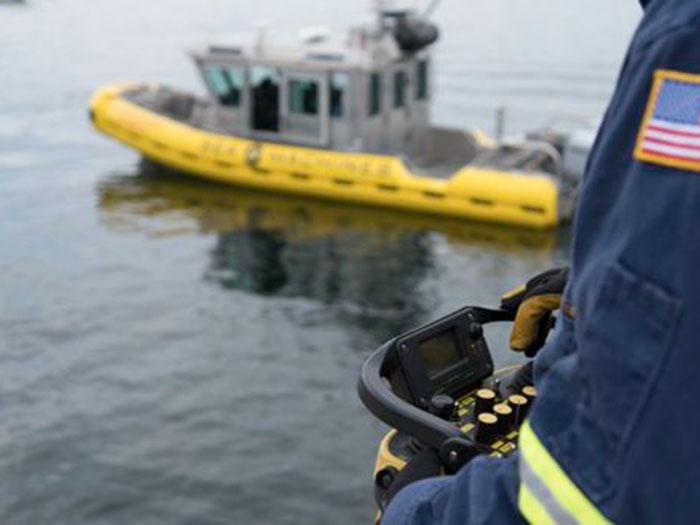 SEPTEMBER 19, 2017 — While a number of leading European players continue to research autonomous vessels conduct testing and talk endlessly about their promise, a Boston, MA, based start-up looks to have beaten them to the market with a product that owners can buy now and retrofit to existing vessels.

Initially aimed at the work boat market, the system is described as the worlds first autonomous vessel control standardized on industrial grade hardware.

“The Sea Machines 300 opens a new world of on-water operations providing multi-fold increases in workboat safety, efficiency, and productivity. Sea Machines technology gives companies the ability to get ahead of the marine technology curve,” said Sea Machines CEO Michael G. Johnson. “We are making autonomous and remote command a standardized product that soon will be as commonly deployed as radar or chart plotter systems.”

The Sea Machines 300 is built on marine industrial Siemens components and computers. It interfaces with vessel instruments and systems and is ready to integrate with an array of propulsion configurations. The system takes data from typical navigation sensors — including DGPS, AIS, and radar — for real-time awareness and perception.

All autonomy system components are mounted in a marine IP67-rated electrical enclosure.

In autonomy mode, the user can select from programmable commands such as: planned waypoint tracking/grids, collaborative navigation with other vessels, all while incorporating multi-objective decision making.

The Sea Machines 300 can be used to allow an on-board crew to focus on operations like back-deck tasks, or can unlock the ability to operate a vessel in minimally-manned or unmanned configurations.

An operator can now command a boat from a remote location with the visibility of vessel-born video and radar feed with the ability to remotely control onboard payloads such as survey sonars, winches, cranes, and davits.

The release of the product follows 18 months of inshore and offshore testing activities and has already been deployed by pilot customers.