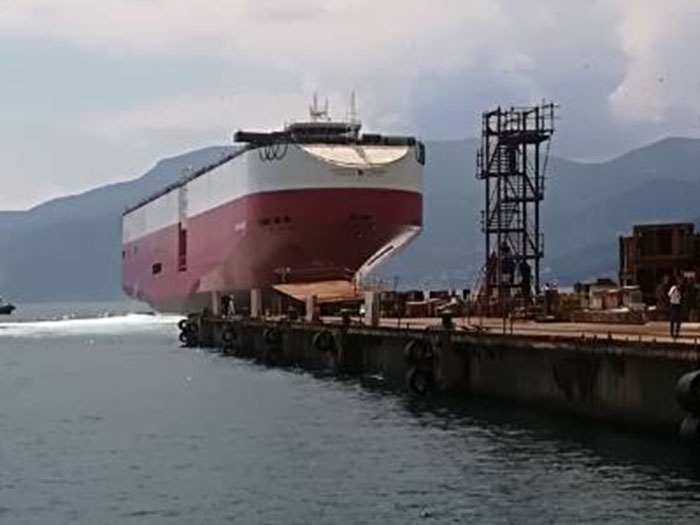 Vessel was launched from shipyard's Slipway No.2

MAY 21, 2018 — Croatia’s 3 Maj Shipyard, part of the Uljanik Group, has launched its Hull No. 514, a 7,000 car capacity PCTC under construction for the Siem Group company Auto Marine Transport Inc.

The ship was named Siem Ashanti in a May 19 ceremony at which the ship’s godmother, Lady Julia Osei Tutu, the wife of the king of the Ashanti region of Ghana, bestowed good fortune on the ship and all onboard by ceremoniously cutting the rope and smashing a chapagne bottle against the ship hull in accordance with the long-time shipbuilding tradition.

The guests were welcomed by shipowner Kristian Siem and the director of the 3 Maj Shipyard, Maksimilian Percan, who thanked all designers, engineers and workers for dedication and efforts they had put into designing and building the vessel.