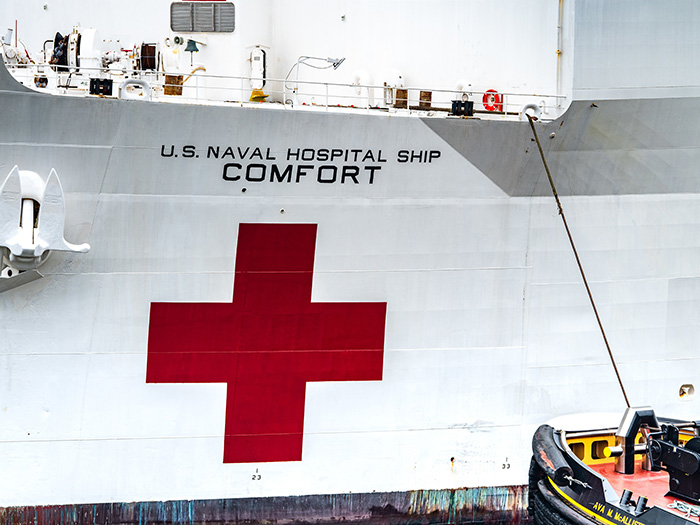 In a change from original plans, the hospital ship USNS Comfort will now be used for COVID-19 patients providing an additional 1,000 beds, staffed by federal personnel, to care for patients in New York, according to a statement released by the office of New York Governor Andrew Cuomo yesterday.

The move came after reports that the ship has thus far treated few patients and had been signaled by President Donald Trump at yesterday’s White House press briefing on the coronavirus situation.

“Also, as you know, the USNS Comfort, which is in New York — there’s been a lot of publicity about that coming in and all,” said President Trump. “That was not supposed to be for the virus at all, under any circumstances. But it looks like, more and more, we’re going to be using it for that. So we’ll see. That was supposed to be for people having other medical problems, but it’s very interesting because there are virtually no cars on the road, no motorcycles on the road, no — no anything on the road. Things that would normally be taken care of, we don’t see anymore. So we haven’t seen that in a long time. It’s, perhaps, a positive.

“But the ship is ready. And if it has to, if we need it — if we need it for the virus, we will be using it for that. They’d prefer not, for obvious reasons, but if for any reason they need it, it’s ready, willing, and able.”

In another change of the original plans for the ship, New Jersey Governor Phil Murphy tweeted yesterday that New Jersey patients would also now have access to the hospital ship.