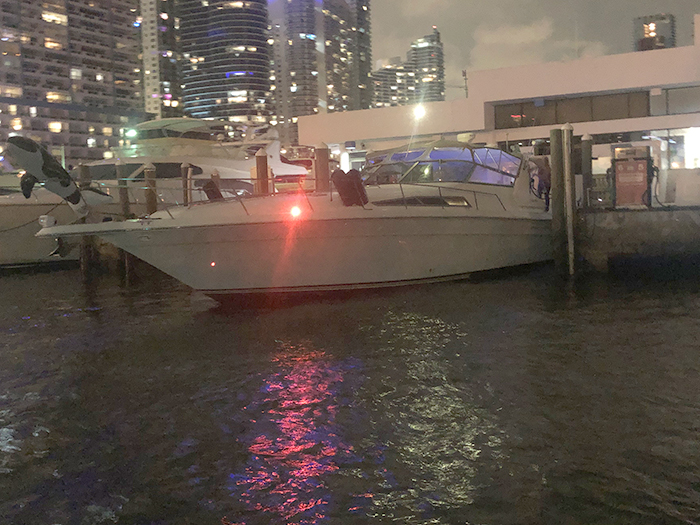 The Coast Guard terminated the voyage of the 42-foot pleasure craft, Momentum 2, with 31 people aboard, Saturday, in the vicinity of Miami Marine Stadium.

“Before you step onto a chartered vessel, ask to see the captain’s credentials and certificate of inspection as well as ensuring they have enough life jackets aboard for everyone,” said Petty Officer 1st Class Justin Newman, a command duty officer at Coast Guard Sector Miami. “If there is any doubt, don’t go. The risk of putting your family and friends in the hands of an unlicensed operator can be dangerous and potentially fatal.”

Owners and operators of illegal charter vessels can face maximum civil penalties of: $59,000 for illegal passenger-for-hire-operations and over. Charters that violate a Captain of the Port Order can face over $94,000 in penalties. Some potential fines for illegally operating a charter vessel are: