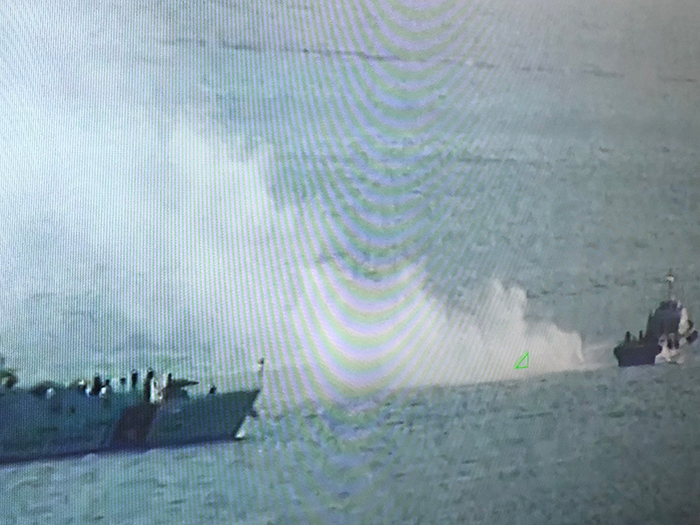 The Coast Guard responded to a vessel fire Saturday near the Houston Ship Channel entrance in Galveston, Texas.

Coast Guard Sector Houston-Galveston command center watchstanders were notified at 8:37 a.m. by the crew of the Coast Guard Cutter Daniel Tarr stating they were responding to a 25-foot vessel on fire with three people aboard.

The Daniel Tarr crew arrived on scene and began extinguishing the fire . A good Samaritan safely removed the passengers from the vessel, which was alongside the Erin T, an offshore supply vessel.

Once the fire was extinguished, a Station Galveston 45-foot Response Boat–Medium boat crew remained on scene to assess potential pollution.

“The quick actions and teamwork of the Daniel Tarr crew and good Samaritans resulted in a safe outcome for the passengers involved,” said Chief Warrant Officer Brooke Milstead, command duty officer. “We encourage all mariners to remain vigilant and provide assistance when safely possible.”

No injuries were reported.