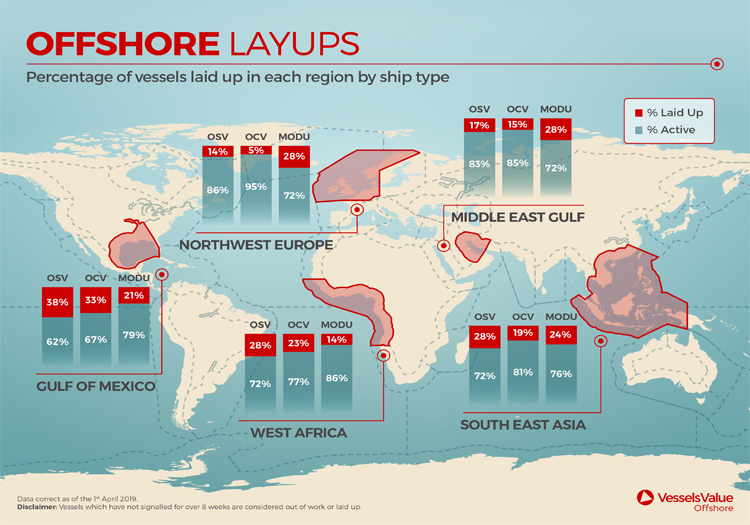 The U.S.Gulf continues to be the offshore market with the highest number of assets in lay up, according to VesselsValue.com, which today published the first of what will be quarterly offshore lay ups infographics.

“By observing the figures, we can see the market with the highest layup is the U.S. Gulf,” says VesselsValue Gulf Head of Offshore, Robert Day. “Even with the increased scrapping seen in this region the US Gulf is still suffering, especially within the OSV and OCV sector. At the other end of the spectrum is Northwest Europe, with a layup at 14% for OSV’s. We have recently witnessed several North Sea owners reactivate vessels due to increased sentiment and opportunity in the region. Interestingly the Middle East Gulf comes in just behind Northwest Europe. Southeast Asia and West Africa remain are in a similar state.”

VesselsValue defines lay ups by observing the recency of a vessel’s AIS signal and filtering the data appropriately. Vessels that have not signaled for over eight weeks are considered in layup.