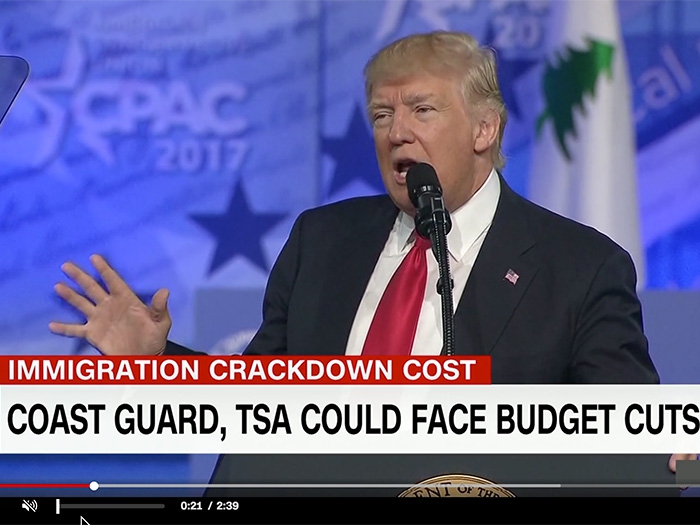 MARCH 8, 2017 — ​Multiple published reports indicate that the Office of Management and Budget is seeking to pay for increases in border security by major cuts to the Coast Guard and TSA budgets.

The AP says the “move is a direct slap at Appropriations Committee Chairman Thad Cochran, who added $640 million to build the ship to a catchall spending bill that passed in December 2015. The ship was not requested by the Coast Guard.”

AP says that Senator Cochran “had publicly wavered last month about supporting Mulvaney’s nomination and had been a critic of the former Tea Party congressman from South Carolina. Cochran ended up voting for Mulvaney, which saved Vice President Mike Pence from having to alter travel plans to cast a tie-breaking vote.”

“The OMB treats the Coast Guard like a lunch fund to fund their other priorities within the Department of Homeland Security,” Politico quotes quotes Rep. Duncan Hunter (R-Calif.), Chairman of the House T&I Coast Guard subcommittee, as saying. “Congress funds [through appropriations], and we’re not doing what they’re doing. They’re off in la-la-land. If they want to be irrelevant they’re off to a good start.”