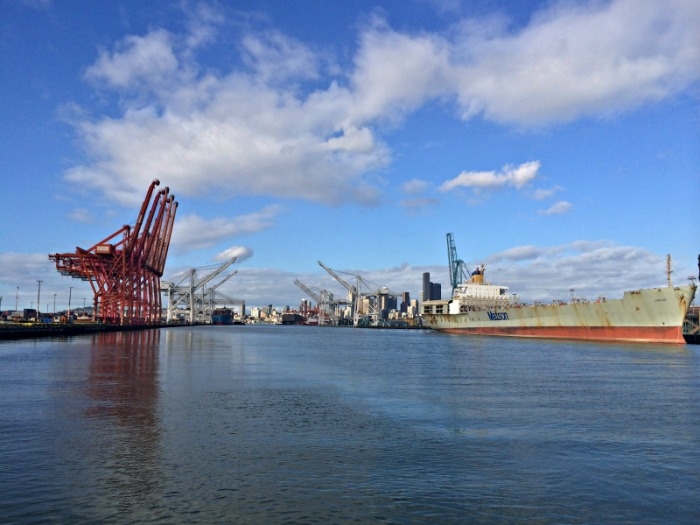 OCTOBER 8, 2014—Last month, Senator Patty Murray (D-WA) announced that the Port of Seattle had been awarded a $20 million grant under the federal Transportation Investment Generating Economic Recovery—TIGER for short—program to bolster its infrastructure and upgrade its facilities to handle post-Panamax-size container vessels.

In a blog posting this week, U.S. Department of Transportation (DOT) Secretary Anthony Foxx wrote about his recent visit to the port and the proposed GROW AMERICA Act, a four-year omnibus transportation bill that would boost investment in port infrastructure and upgrade intermodal connections to allow the U.S. to meet the future demands for increased cargo movements. Wrote Secretary Foxx:

“Each day, more than 5,000 containers arrive at the Port of Seattle. As our nation’s 10th largest container port, Seattle is a critical node in a trade corridor that stretches from Asia across the Pacific Ocean and then across the U.S. to the Midwest and the East Coast.

“By 2050, our nation will have to move almost twice the amount of freight we move now, and our ports will need to be able to handle that exponential growth. In addition, the widened Panama Canal will soon allow super post-Panamax ship traffic, and ports will need to accommodate these massive vessels to compete in the global freight network.

“At DOT, we’re working to ensure they have the means to do so. The $20 million TIGER grant awarded to the Port of Seattle will help strengthen and extend an aging dock, enabling it able to accommodate two post-Panamax ships at a time. This investment will also allow the port to improve safety and reduce roadway congestion by constructing a separate truck ramp with more direct access to the port’s intermodal yard.

“All of this helps, but there is still more to be done for the more than 20,000 people who work at the Port of Seattle and at ports across our nation. This year alone, worthwhile projects applying for our TIGER grants sought $9.5 billion. Unfortunately, for every dollar in TIGER projects that we were able to fund, there was $15 in needed investment that we could not.

“If passed by Congress, GROW AMERICA would develop a truly integrated freight system, one where our ports and roads and rail work seamlessly together to help our nation meet the challenges we know lay ahead. That’s the future the Port of Seattle and your DOT are fighting for.”