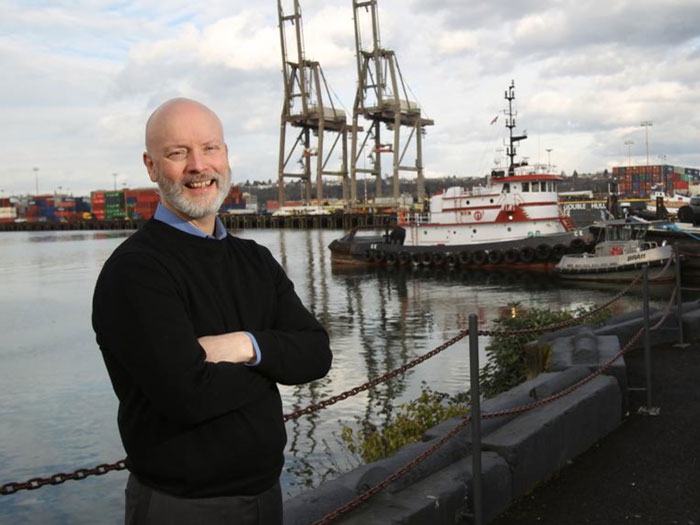 Todd E. Prophet was named the Puget Sound Business Journal's CFO of the Year in 2017

In an e-mail on July 21 from Hamburg, Germany, Harley Marine Services (HMS) Chairman & CEO Harley Franco wrote, “It is with great sadness and displeasure that I inform all … that our friend, CFO, and inspiration Todd Prophet has lost his gallant battle with cancer.

“I am told he passed away surrounded by his family and friends today about one hour ago. Even though we were told a day or so ago that his road to wellness had taken a turn for the worse, we remained hopeful for a miracle.”

Mr. Franco has asked all of the company’s vessels, offices and locations to put their flags at half-mast through Friday, July 28.

“Todd never complained about his illness, he just fought it, and remained determined,” wrote Mr. Franco.

Just this past January, we reported that HMS had named a tug Todd E Prophet in honor of Mr. Prophet. At the time, HMS said that Mr. Prophet, “has been a loyal, passionate company leader for 19 years. He has spearheaded financing and capital structures to allow for Harley Marine’s steady growth, expansion and construction projects. While Todd has battled lung cancer and has fought hard to overcome the enormous challenges, he has continued to work diligently for Harley Marine and steps up for a variety of the company’s many philanthropic pursuits. Despite his diagnosis, he has remained a pillar within the company and a rock for his family.”