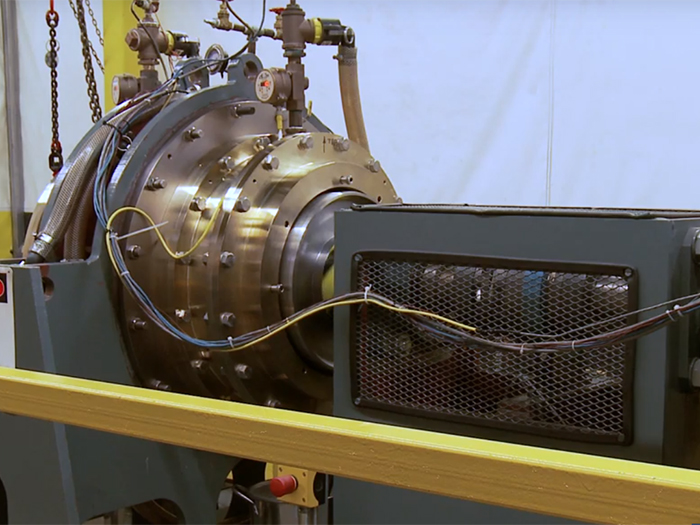 The 5,910 grt CCGS Pierre Radisson and sister ships CCGS Amundsen and CCGS Des Groseilliers, will each be retrofitted with two SeaThigor forward seals during scheduled drydockings over the next year.

The order follows the success of the 2017 installation and subsequent operation of SeaThigor seals aboard the oceanographic and hydrographic survey vessel CCGS Hudson.

Scott Groves, Thordon Bearings’ Regional Manager – Americas, said: “This is a significant order for Thordon Bearings, marking not only the SeaThigor seal’s first-ever reference onboard a purpose-built icebreaker but also the largest propeller shaft seals we have ever manufactured.”

“The vessels’ existing seals were leaking water into the machinery spaces, which meant they could not discharge oily-water overboard into Arctic waters,” noted Groves. “Ultimately, CCG needed a seal solution that was robust enough to withstand heavy-duty ice-breaking operations, without leaking. SeaThigor provides that level of robustness.”

“The limited space available in the vessels’ engine room prevented the installation of a SeaThigor seal with a conventional, fully encased bronze housing,” said Carl Sykes, Manager of Thordon’s Global Service & Support division. “We designed a seal with a split casing to simplify the installation and commissioning process, allowing engineers to access the underside of the seal. Many different departments – procurement, design, engineering and manufacturing – came together to really make this happen. It was a complete team effort.”

Jasmin Racicot from Thordon’s Quebec-based distributor RMH Industries, added: “What interested CCG about the SeaThigor was the seal’s emergency safe-return-to-port function and low maintenance requirement; the silicon carbide faces are designed for reduced wear and tear throughout its operational life, resulting in improved life cycle costs for the Coast Guard.”

CCG is a long-standing customer of both Thordon Bearings and RMH, with a number of vessels operating Thordon’s seawater lubricated Compac bearing system.

One of the first CCG vessels to benefit from Compac was the 6,098 gt CCGS Des Groseilliers, which was installed with the system 17-years-ago. It will be fitted with a SeaThigor seal at a scheduled drydocking in 2020. CCGS Amundsen will be converted to Compac at its next drydocking, when the SeaThigor seals will also be installed.