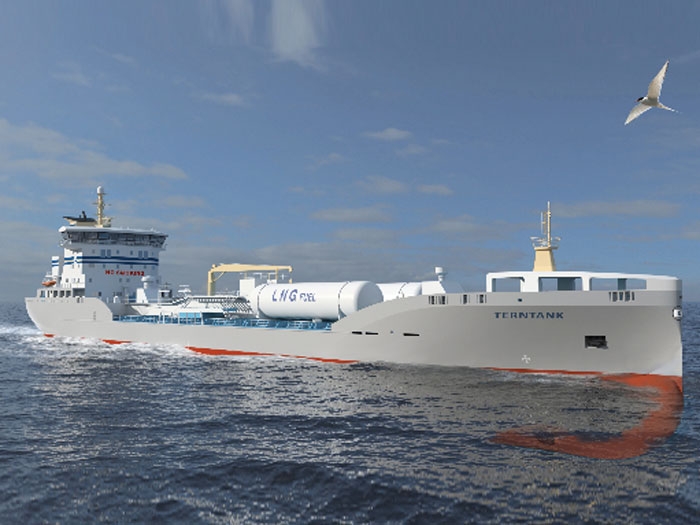 The four ships will be delivered from the shipyard at three-month intervals, with the first set for delivery in the spring of 2016 and the fourth in the beginning of 2017. Two of the new ships will be long-term chartered by NEOT, North European Oil Trade Oy, of Finland.

Terntank says it elected to declare its two options because there is considered to be a demand for energy efficient and environmentally adapted tanker tonnage.