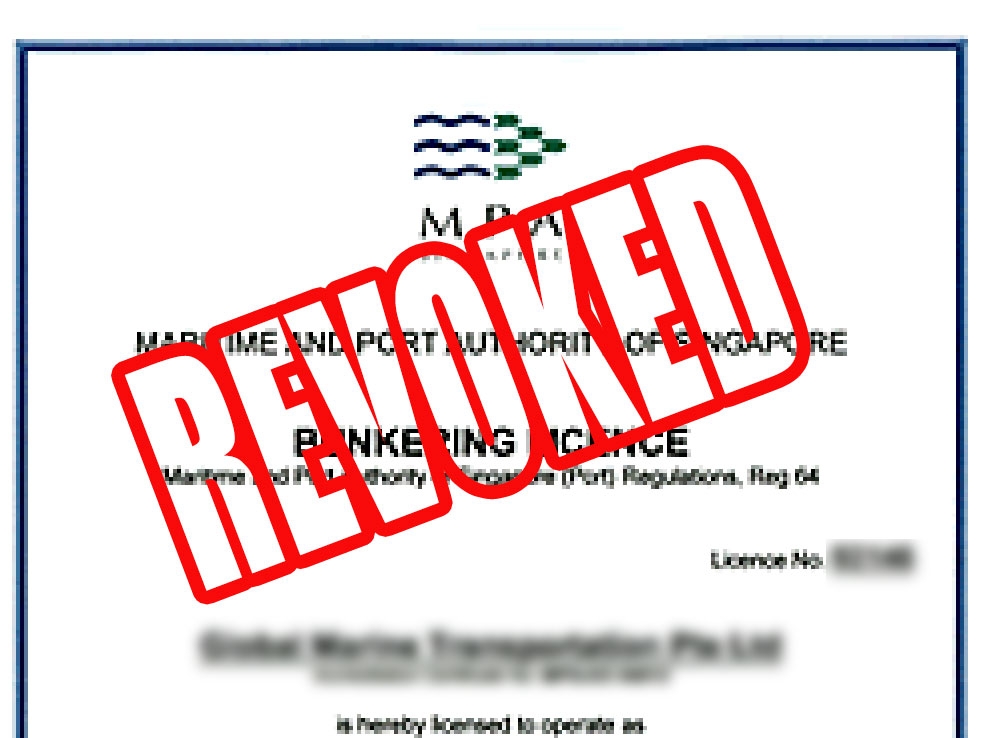 The two companies will no longer be allowed to operate as bunker suppliers and bunker craft operators in the Port of Singapore.

As part of MPA’s on-going regulatory efforts to ensure the safety, reliability and quality of bunker supplies in Singapore, checks were conducted on Seaquest Tanker Pte Ltd in 2015 and Vermont UM Bunkering Pte Ltd in 2016.

MPA says that its separate investigations into the two companies revealed discrepancies and wrongful declarations in the records kept on board their bunker tankers. There were also separate incidences of transfers of bunkers between bunker tankers that were conducted without MPA’s approval. As such, says MPA, it has revoked the companies’ licenses as they had breached the terms and conditions of their bunker supplier and bunker craft operator licenses.

MPA is reminding all licensed bunker suppliers and bunker craft operators to adhere strictly to the terms and conditions of their bunker licenses. MPA says it will take firm action against any licensee that has acted in contravention of its licenses, including suspending or revoking bunker licenses, as appropriate.