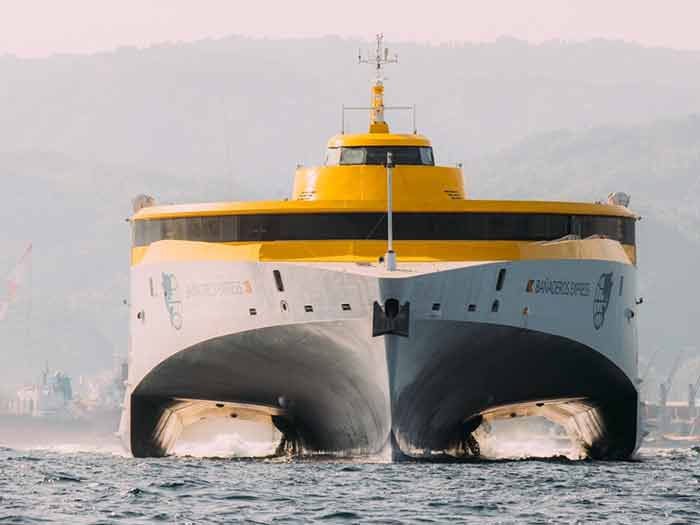 Bañaderos Express (Austal Hull 395), the second of two Austal Auto Express 118 trimarans constructed for Fred. Olsen Express of the Canary Islands, has completed a rigorous program of sea trials in Cebu, Philippines. Built by Austal Philippines, the vessel is the sister ship to the Bajamar Express, constructed in Australia and delivered in 2020.

Capable of transporting 1,100 passengers and 276 cars at a cruising speed of over 37 knots, the new ferries for Fred. Olsen Express feature interior amenities and facilities that include multiple bars, kiosks, a retail shop and children’s play area and will operate on Fred. Olsen Express’ Santa Cruz, Tenerife, and Agaete, Gran Canaria, routes in the Canary Islands in the fourth quarter of 2021.