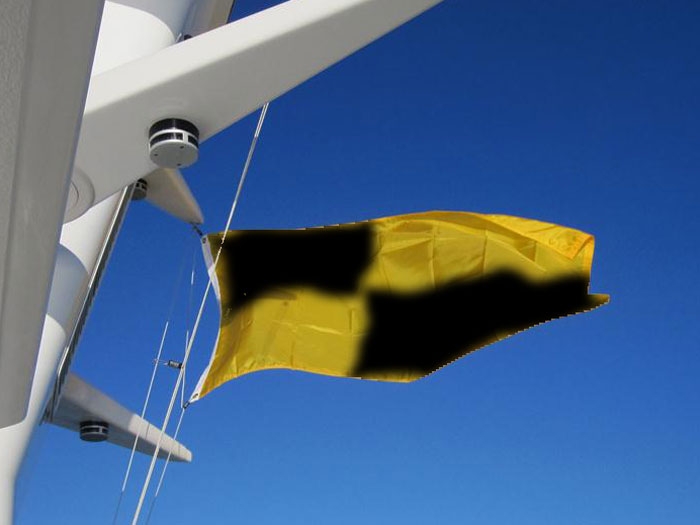 NOVEMBER 4, 2014 — Ships returning to the U.S. after taking aid cargos to Ebola affected areas, may find themselves having to fly the black and yellow L Lima flag, signifying that they are in quarantine, when they return to U.S. waters.

The Keystone-managed Cape Rise, part of the Maritime Administration’s Ready Reserve Force fleet has been activated and has been loading supplies in Beaumont, TX, to take to Liberia.

Maritime union M.E.B.A. says that it appears that, as a precaution, crew members will be quarantined aboard the ship for 21 days following cargo delivery – though much of that time will be spent at sea on the voyage home.

NOTE: The plain yellow Q flag may have originally meant that a ship was in quarantine, but these days means just the opposite and signifies that the vessel is free of quarantinable diseases and is requesting port state clearance.