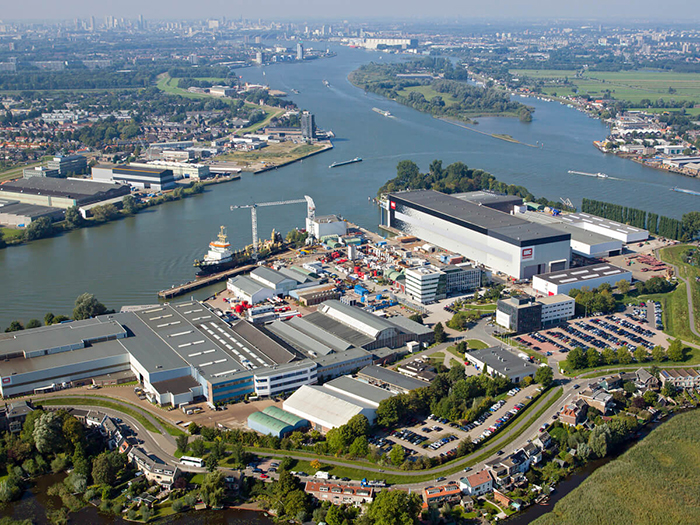 Dutch shipbuilder Royal IHC, long a leader in dredge design and construction and other areas, is to be refinanced and come under new ownership.

An outline agreement on the acquisition and refinancing of holding company IHC Merwede Holding B.V. has been reached with an industry consortium and the company’s existing syndicate of banks.

The refinancing is being carried out with support from the Dutch ministries of Economic Affairs and Climate Policy and Finance.

HAL Investments, Ackermans & van Haaren, MerweOord and Huisman have joined forces in the consortium. By establishing a continuity foundation (stichting continuïteit) to hold the shares in IHC Merwede Holding B.V., the consortium aims to retain for the Netherlands both Royal IHC’s leading technology and its position as an important hub in the Netherlands maritime cluster.

Jaap Huijskes, Chairman Royal IHC, said the preliminary agreement “demonstrates the confidence of many stakeholders in – and their commitment to – Royal IHC’s high-quality shipbuilding. This is an important step for the continuity of shipbuilding in the Netherlands, including employment opportunities and the sector’s global export position. We are convinced that, with this agreement, we will strengthen Royal IHC’s innovative power and the leading position it has held in the maritime sector for more than 350 years.”

The Supervisory Board has appointed turnaround specialist Gerben Eggink as new interim CEO. He succeeds Dave Vander Heyde, and will lead Royal IHC through this new phase. Eggink has extensive experience in successfully leading organizations in transition. He previously served as CEO at the Gardline Group and Smit Lamnalco, among others.

The agreement is subject to final agreement between the parties involved and regulatory approval.