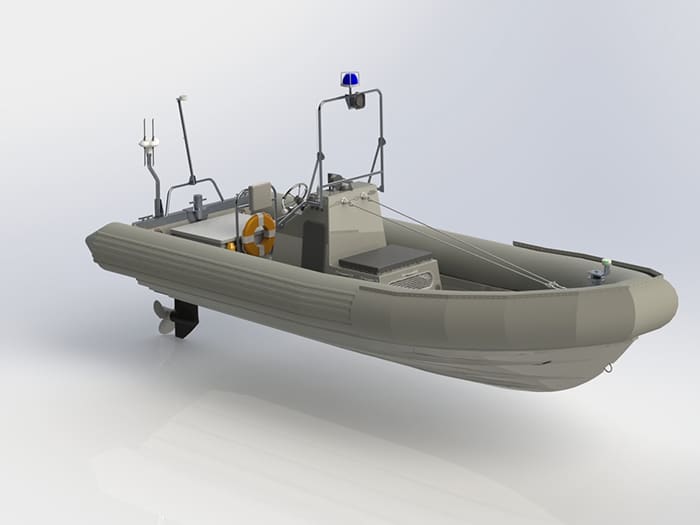 Under the multi-year contract, Ribcraft will build up to 278 of the 7-meter rigid inflatable boats worth approximately $80 million. This is thought to be the largest single contract based on number of boats ever awarded by the U.S. Navy.

“With this additional multi year contract, we’re proud to continue our long collective partnership with the U.S. Navy,” said P. Brian Gray, president and CEO of Ribcraft. “We are committed to delivering the most reliable, safe, and exceptional boats to the dedicated men and women serving our country around the world.”

The 24-foot RIBs will serve as the Ready Service Life Boats on all Navy ships and, as multi-purpose platforms will have secondary mission capabilities including anti-terrorism/force protection operations, search and rescue, vessel boarding search & seizure and maritime interdiction operations.

A critical operational requirement is that each boat must be carried aboard and deployed from a variety of U.S. Navy ship classes. To accomplish this, Ribcraft will build three variants under the contract.

Two variants are specific to the launch, recovery, and handling systems found on Navy ships with the third variant being a Safety Of Life At Sea convention (SOLAS) certified craft intended for the Military Sea Lift Command. This is the only SOLAS boat currently built in the United States.

Each RIB is powered by a single Steyr SE266E40 diesel engine with Bravo Two X Mercruiser outdrive and equipped with a Briartek man overboard indicator system (MOBI), and forward M60/M240 weapon foundation. With a full load of 18 sailors, the 7-meter RIB will have a sprint speed of 25 knots.

These boats will be built alongside the U.S. Navy Expeditionary 11-Meter RIB that Ribcraft is currently building at its Massachusetts facilities. Together the contracts have a total value of over $120 million, making the company New England’s most significant boat manufacturer.

“Ribcraft is well respected as a top builder of the most reliable commercial rigid inflatable boats available. We’re extremely proud to have received the largest Navy boat contract ever awarded and are equally proud to be building these boats in Marblehead, Mass.—a fitting tribute to a town that lays claim to being the birthplace of the U.S. Navy,” said Gray.