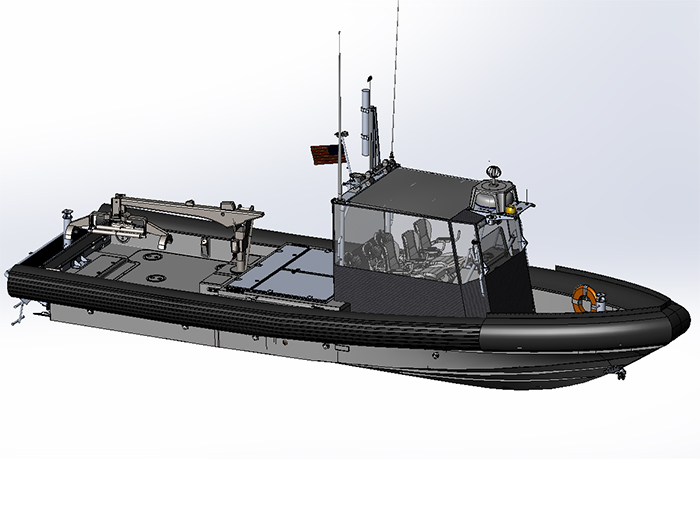 Marblehead, Mass., based Ribcraft has been awarded a five-year indefinite quantity U.S. Navy contract worth up to $43 million.

Under the contract, Ribcraft will build and deliver an estimated 48 11-meter expeditionary mine counter measure boats. Ribcraft has also been providing the U.S. Navy with 7-meter shipboard RIBs since 2014.

“The awarding of this latest contract is testament to Ribcraft’s exceptional design and production capabilities. We’ve enjoyed a long and collaborative relationship with the Navy,” said P. Brian Gray, president and chief executive officer of Ribcraft. “We have a proven track record of meeting the needs of the Navy with exceptional product and service”.

The 11-meter RIBs will serve to support explosive ordinance disposal mine counter measure platoons in both shallow and deep water operations. To achieve this, Ribcraft will build two configurations for mine counter measure operations; one with an open aft deck for stowage and deployment of two combat rubber raiding craft and the other featuring a launch, recover, and handling system for deployment and retrieval of an unmanned underwater vehicle (UUV) which will have the capability to launch, recover and handle two UUVs using a single davit.

Each vessel, with an overall length of 39 feet, will be equipped with twin Cummins QSB-6.7 473 HP diesel engines, twin Hamilton Jet 292 water jets, and Shockwave shock mitigating seating for improved crew comfort in all conditions.

A critical operational requirement for these boats is that they must be transportable around the world by land, air or sea and be able to be readily deployed from a variety of U.S/ Navy ship classes.

“Ribcraft is well-respected as a top builder of the most reliable heavy-duty, commercial rigid inflatable boats available. We’re proud to be working in conjunction with the United States Navy to design and innovate the next generation of military RIBs. We’re committed to building boats that will perform in the worst of conditions while keeping our dedicated service men and women safe during their missions around the world,” said Gray.