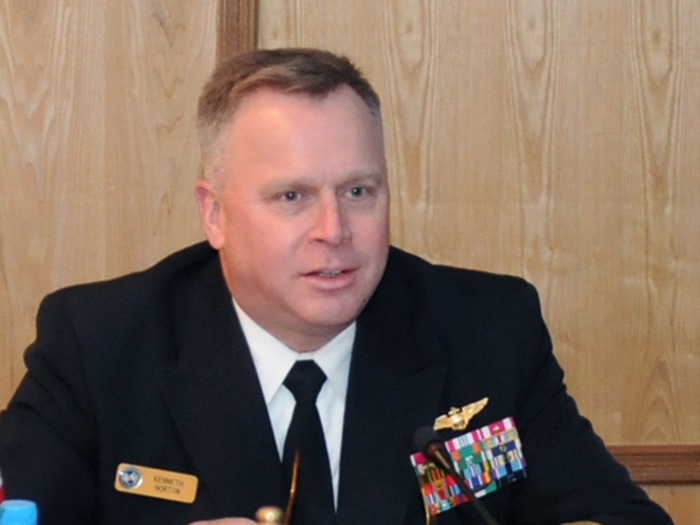 DECEMBER 1, 2017 — Another high ranking naval officer has seen his reputation soiled in the Fat Leonard bribery and corruption scandal.

Secretary of the Navy Richard V. Spencer has issued a Secretarial Letter of Censure to a now-retired senior officer, retired Rear Adm. Kenneth Norton, following a thorough review into his interactions with Glenn Defense Marine Asia (GDMA) in the 2008-2010 timeframe.

More such disciplinary measures could be coming. According to a Washington Post report, the Navy has been reviewing the conduct of 440 other active-duty and retired personnel — including 60 current and former admirals — for possible violations of military law or federal ethics rules in their dealings with Glenn Defense Marine Asia and its chairman Leonard Glenn Francis. The newspaper says that the case load has grown as the Justice Department has given the Navy additional dossiers of individuals who did not meet the threshold for prosecution in civilian courts, but may have committed offenses under the military justice system.

In the case of Admiral Norton, the Navy says that, “while serving as the commanding officer, USS Ronald Reagan (CVN 76) from 2008-2010 in the U.S. 7th Fleet area of operations, Norton was found to have repeatedly and improperly accepted gifts from GDMA, a defense contractor and prohibited source. Further, Norton’s personal behavior was found to have constituted conduct unbecoming an officer. Norton retired from the Navy in 2014.”

The review concluded that Norton’s conduct was contrary to the Standards of Ethical Conduct, U.S. Navy Regulations, the Joint Ethics Regulation and the Uniform Code of Military Justice, and demonstrated exceedingly poor judgment and leadership. More specifically, the review concluded that he intentionally disregarded the ethical standards long established for the naval service and brought ill-repute and disgrace upon the U.S. Navy.

“The Navy has a long tradition of holding leaders accountable and commanding officers are placed in unique positions of trust and responsibility. It is incumbent that they be held to the highest standards of both personal and professional behavior. After reviewing the findings and recommendation of the Consolidated Disposition Authority for GDMA matters, I decided that Rear Adm. (ret.) Norton’s conduct reflected improper personal behavior and set a wholly unethical tone of leadership. Censure was both necessary and appropriate,” said Secretary Spencer.