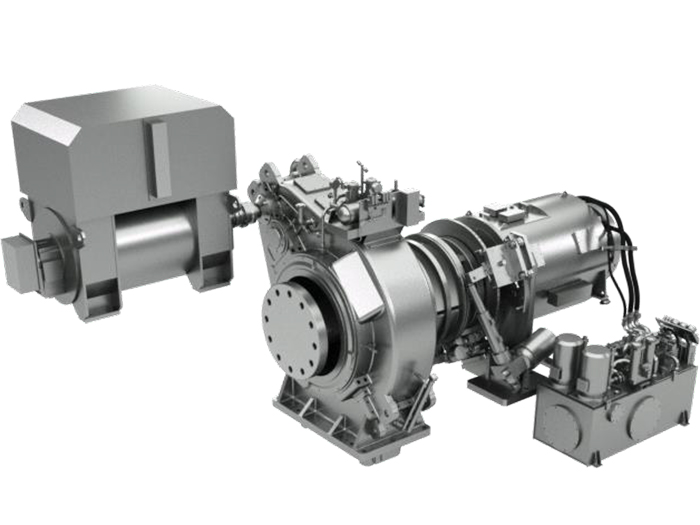 The system enables ships with two-stroke engines to efficiently generate on-board power supply by using the main engine (PTO-operation). In addition, a fully electric drive (PTH- operation) is available for zones with low emissions zones (port areas) and for emergencies.

The newbuild is a 30,000 cu.m LNG carrier on order for Knutsen OAS (see earlier story). It is equipped with a 6,000 kW two-stroke main engine. Renk’s scope of delivery includes a tunnel gearbox (type SHHII-1600), a fully-automatic PSC-85 (propeller shaft clutch), elastic couplings, and, for the first time, key electric components. These include a 1 MW generator/e-motor as well as the corresponding frequency converter.

n addition, Renk is responsible for the system integration.
After completion of the ship at the Hyundai Mipo shipyard in South Korea, it will be stationed in the Italian Mediterranean Sea and operated by Milan-based Edison Energy SpA. The LNG carrier is part of an infrastructure strategy, which provides for the construction of several LNG depots along the Italian coast to provide a reliable energy supply.