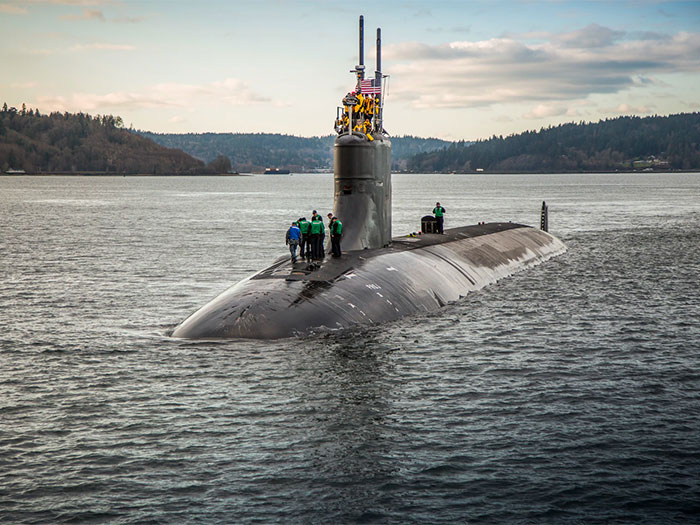 The U.S. Navy reports that, while operating in international waters in the Indo-Pacific region, the Seawolf-class fast-attack submarine USS Connecticut (SSN 22) struck an object while submerged on the afternoon of October 2.

The Navy says the safety of the crew remains its top priority and there are no life threatening injuries.

The submarine remains in a safe and stable condition. USS Connecticut’s nuclear propulsion plant and spaces were not affected and remain fully operational. The extent of damage to the remainder of the submarine is being assessed.

The U.S. Navy has not requested assistance. The incident will be investigated.