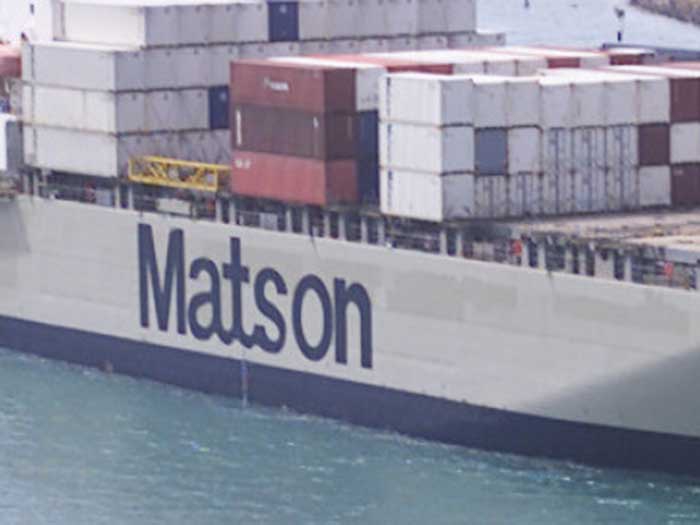 JULY 27, 2017 — Matson, Inc. (NYSE: MATX) will introduce a new direct U.S. flag service between Honolulu and the Republic of the Marshall Islands that will shorten cargo transit times to the RMI from the U.S. mainland by as many as eight days. The new biweekly service will call at three ports in the RMI — Kwajalein, Ebeye and Majuro — starting in the first quarter of 2018.

Matson has entered into an agreement to purchase a 707-TEU, U.S.-flagged containership from Sealift, Inc., of Oyster Bay, NY, to operate the new service. The vessel, to be renamed Kamokuiki, or “small island or vessel” in the Hawaiian language, was built in Germany in 2000 and brought under the U.S. flag in 2013. The ship will be fitted with two 45-ton cranes that can be joined to handle heavy lift cargoes before it is delivered to Matson in late 2017. The vessel will be well suited to the island trade with its small dimensions, two cranes, hydraulic folding hatch covers, and extreme maneuverability produced by a bow thruster and flap rudder, allowing docking without tugs.

Matson has served the Marshall Islands since 1972. It currently serves Kwajalein, Ebeye and Majuro from the U.S. West Coast via Guam, where westbound containerized and bulk cargo is transshipped to Matson’s Micronesia service. The new service from Honolulu will deliver cargo from the U.S. West Coast to Kwajalein, Ebeye and Majuro with a transit time of approximately two weeks, depending on the West Coast port, compared to three weeks or more with the current service.

“Matson has been rated the #1 ocean carrier in the world for three years running because of its commitment to operating the fastest and most reliable service in the markets we serve,” said John Lauer, Chief Commercial Officer. “Matson always looks for ways to leverage its superior Pacific network to enhance service to our customers. We will soon be offering U.S. flag service all the way to Kwajalein, Ebeye and Majuro, and at the same time we will improve transit times, providing the fastest service in the market to an important locale for the U.S. government.”