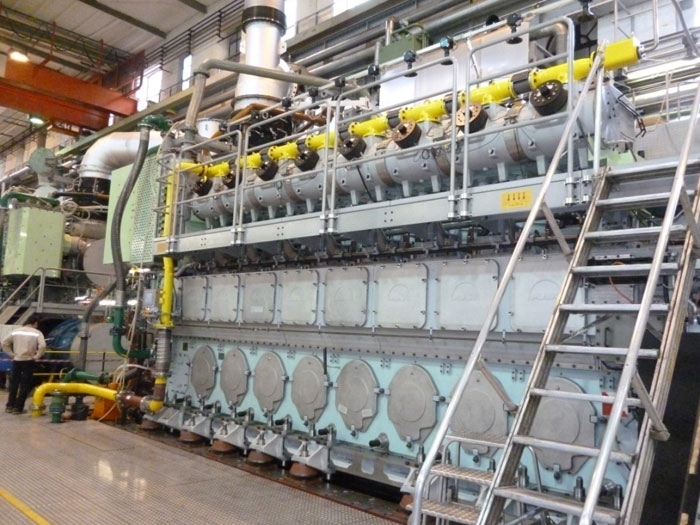 SEPTEMBER 15, 2014 — MAN Diesel & Turbo has won a further order for its MAN 51/60DF engine. After a longer period of evaluation, an international consortium, including Teekay LNG Partners, has selected a Dual-Fuel Diesel Electric (DFDE) propulsion solution featuring two 12V51/60DF  and two 8L51/60DF engines for each of four LNG carriers being built in China.

The new order follows one announced in July 2013 for 30 MAN 51/60DF dual-fuel engines for six LNG carriers. In both instances, the DFDE solution provides the customer with the optimum redundancy.

The engines for both orders will be produced at MAN Diesel & Turbo’s Augsburg, Germany facility with delivery scheduled during 2015.

The engines are specified as IMO Tier II-compliant in diesel mode with lower exhaust-gas emissions in gas mode than IMO Tier III stipulates.

The new LNG carriers will be constructed at Hudong-Zhonghua Shipyard in Shanghai, China’s only builder of large LNG carriers.

Following delivery between September 2017 and January 2019, the ships will support the shipment of LNG cargoes from BG Group’s Queensland Curtis Island LNG project.