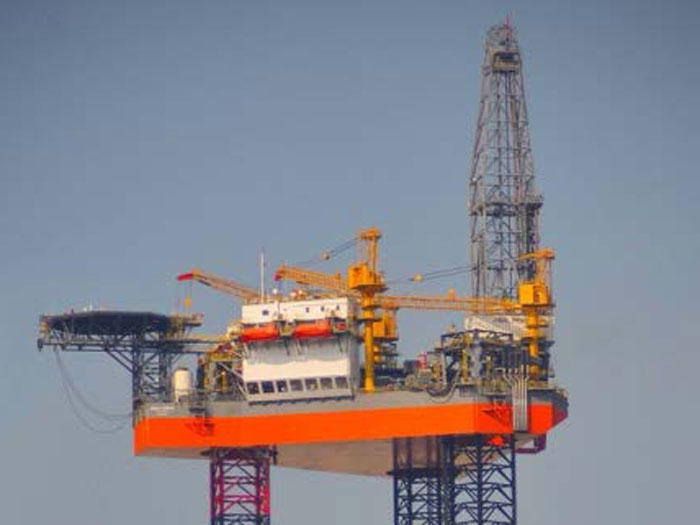 FEBRUARY 3, 2015 — United Arab Emirates based Lamprell plc reports that it has delivered the jack-up drilling rig Jindal Pioneer to Dev Drilling Pte Ltd of Singapore, a D. P. Jindal Group company, on time and within budget.

The contract for the rig was signed in January 2013. It is the second LeTourneau Super 116E (Enhanced) Class jack-up that Lamprell has delivered to the client. The first rig, the Jindal Star, successfully sailed away from Lamprell’s Hamriyah shipyard in fourth quarter 2013 and is currently deployed in the Bombay high oilfield, run by India’s Oil and Natural Gas Corporation (ONGC), offshore India.

The Jindal Pioneer is the twelfth Super 116E jack-up drilling unit that Lamprell has delivered to various clients in the last seven years. It currently has seven new build jack-ups under construction at the Hamriyah facility and the construction of a further two newbuild jack-up rigs recently awarded by another client is to start shortly.