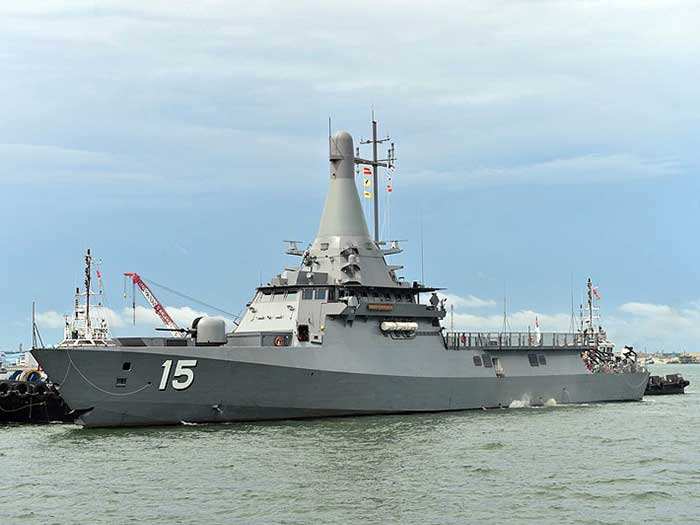 Being built by shipbuilder STMarine, the eight 80 m x 12 m LMVs will replace the Singapore Navy’s current fleet of Fearless-class patrol vessels and can be configured for a wide spectrum of operations.

The solid-state SharpEye does not require a magnetron and transmits a low power, patented pulse sequence. Doppler processing adds another dimension to the analysis of the radar returns and increases the probability of detection of targets.

Through a series of electronic filters, SharpEye is able to distinguish between targets of interest and clutter caused by adverse weather conditions. Customizable waveforms can be configured for specific threats and to track specific targets, such as helicopters.

Alan Koong, Kelvin Hughes’ Regional Sales Manager, commented: “We’re delighted to be helping the Republic of Singapore Navy to maximize the effectiveness of its new LMV fleet. This is a further vote of confidence in our industry-leading SharpEye technology which is currently being employed by 27 of the world’s navies.”