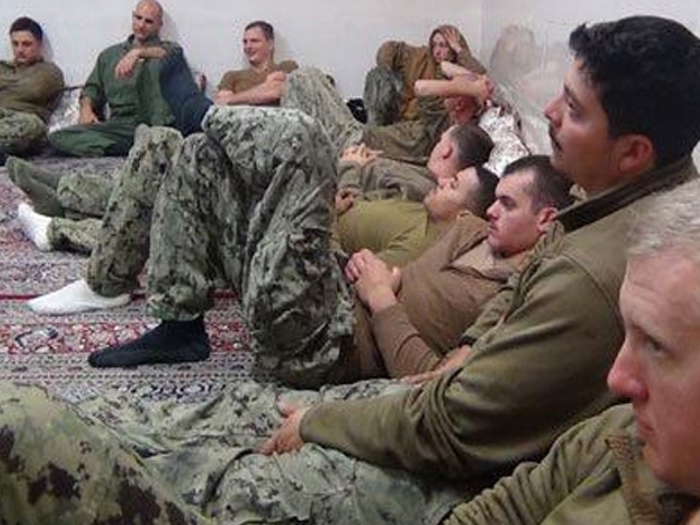 JANUARY 13, 2016 — The Navy reports that ten U.S. Navy sailors safely returned to U.S. custody today, after departing Iran. There are no indications that the sailors were harmed during their brief detention.

“The sailors departed Farsi Island at 8:43 a.m. (GMT), aboard the two Riverine Command Boats (RCB) that they had been operating when they lost contact with the U.S. Navy,” says the Navy. “The sailors were later transferred ashore by U.S. Navy aircraft, while other Sailors took charge of the RCBs and continued transiting toward Bahrain, the boats’ original destination.”

The Navy says it will investigate the circumstances that led to the Sailors’ presence in Iran.I

The Pentagon and the State Department said that one of the boats had experienced mechanical problems en route to Bahrain from Kuwait on a routine mission on Tuesday, and that the Iranians appeared to have accepted that explanation.

Iran’s semi-official FARS News agency reported that Iran’s Islamic Revolution Guards Corps (IRGC) issued a statement on Wednesday saying that “it has released the U.S. marines and their vessels in international waters” after its investigations showed that they had gone astray during their voyage in the Persian Gulf.

“Following technical and operational investigations and in interaction with relevant political and national security bodies of the country and after it became clear that the U.S. combat vessels’ illegal entry into the Islamic Republic of Iran’s waters was the result of an unintentional action and a mistake and after they extended an apology, the decision was made to release them,” the statement said.

“The Americans have undertaken not to repeat such mistakes,” it added, and continued, “The captured marines were released in international waters under the supervision of the IRGC Navy moments ago.”

“Investigations show that the two U.S. Navy boats had trespassed into Iran’s territorial waters because of technical faults in their navigation systems and the issue is being resolved,”” Admiral Fadavi said.