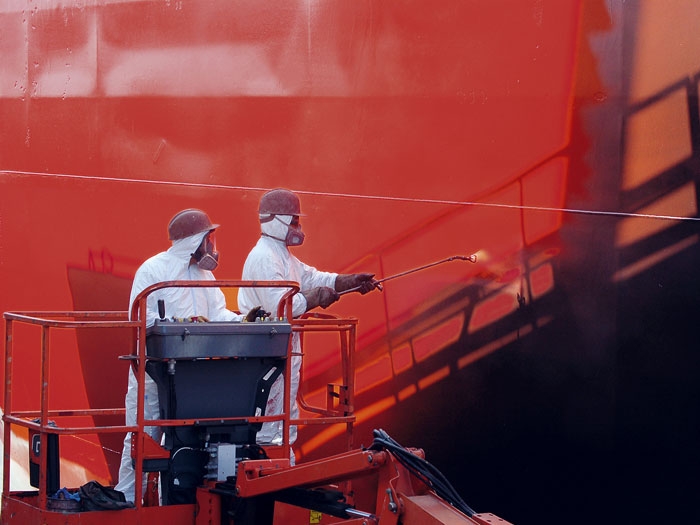 OCTOBER 23, 2014 — Just over a year after its introduction, Hempaguard, a ground-breaking hull coating concept from Danish coatings manufacturer Hempel, has already been applied to more than 170 full ships with another being coated every third day somewhere in the world.

Introduced to the shipping industry against a backdrop of rising bunkering costs, tightening environmental regulations and the introduction of mandatory Ship Energy Efficiency Management Plans (SEEMP), the coating has shown an outstanding resistance to fouling during idle periods, significant fuel savings and is providing shipowners with trading flexibility. .

Over five years in development, Hempaguard is based on Hempel’s patented ActiGuardtechnology. ActiGuard integrates silicone-hydrogel and full diffusion control of biocides in a single coating. Surface retention of the biocide activates the hydrogel, which effectively holds fouling organisms at bay, cutting friction to a minimum while utilizing a minimum amount of biocide. It also has the long-term stability and mechanical properties required of a durable solution.

“Hempaguard is a completely new technology that combines the best of both worlds: the smooth, fuel-efficient surface from silicone coatings and the durable protection against fouling known from antifoulings,” says Claes Skat-Rørdam, Hempel’s Fouling Control Manager. “However, what is most remarkable about Hempaguard is that it releases 95 per cent less biocide than traditional antifoulings over an entire docking interval and yet still has a significantly better performance. Hempaguard enables our customers to improve their efficiency at sea, while reducing the impact on the environment. Apart from the fuel efficiency benefits of using Hempaguard, it also allows operators up to 120 days idle.”Hempaguard releases 95 percent less biocide than a standard SPC antifouling over an entire docking interval. With an average decay of only four percent against a standard decay of 15 percent in antifouling coatings, the biocide is outstandingly effective with substantially less environmental impact.

Hempel says that extensive tests have shown that the effect is always the same, regardless of the trading pattern of the vessel and, in particular, when sailing at speeds as low as 8 knots, or even during idling time in aggressive waters. Static testing in aggressive waters over four years has also led Hempel to guarantee idling periods of up to 120 days.